Water justice in Iraq in the aftermath of war

Water justice in Iraq in the aftermath of war 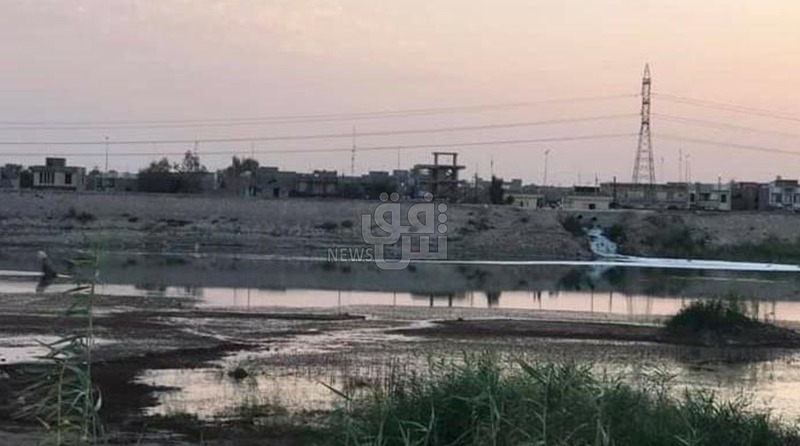 This has been most acute in the southern city of Basra. Located on the Shatt al-Arab river, water is its lifeblood. Yet decades of mismanagement have contaminated the river and decayed infrastructure.

In 2018, this came to a head when over 118,000 people were hospitalised due to drinking contaminated water. This coincided with increasing average summer temperatures, regularly over 50 degrees Celsius, and failing electricity infrastructure. The result was mass protests, with the subsequent crackdown resulted in at least 12 deaths.

These protests are indicative of longer term trends in Iraq. The country’s young, fast-growing population of 40 million is expected to double by 2050. Taken together with the impacts of climate change, this puts Iraq’s water resources under severe strain.

Human Rights Watch research notes that while 70 per cent of Basra governorate’s population rely on agriculture for their livelihood, increasing seawater intrusion into the Shatt al-Arab river has led to the loss of around 87 per cent of the governorate’s farmable land.

With roughly half of the population of Basra governorate living below the poverty line, unemployment rates growing, and a large population of young, demobilised militias returning home, this will disproportionately impact the most vulnerable.

This issue is not contained to Basra. The United Nations (UN) Environment Programme has found that Iraq is losing 25,000 hectares of arable land annually due to increases in desertification, average temperatures in conjunction with declining precipitation, and changing weather patterns.

Climate change is one, but not the only, reason for this water crisis. Chronic corruption and water mismanagement have led to decades-long under-investment in water infrastructure. As a result, pipes for public amenities are often unreliable and water is frequently contaminated by sewage, salt, and industrial waste.

This has significant societal flow-on effects. Without sanitation at schools, girls often stay home. Without access at home, it often falls to women and girls to travel long distances to markets or wells for water, reducing their economic opportunities. Elsewhere, reduced water for irrigation frequently leads people to bribe officials in order to illegally access water.

Additionally, as the Basra example demonstrates, inaccessible or contaminated water increases illness and disease. This is significant in the era of COVID-19, where proper sanitation and social distancing, which are key factors for controlling the virus’ spread, are simply unavailable in many parts of Iraq.

Upstream damming is another major cause of the water crisis. Approximately 98 per cent of surface water in Iraq comes from Turkey, Iran, and Syria. Consequently, any changes to waterflow in those countries will have knock-on effects in Iraq. Concerningly, Turkey is currently undergoing a dam-building spree, with 22 new dams proposed on the Euphrates and Tigris rivers in its territory.

Iraq itself also hosts five major dams on the Euphrates and three on the Tigris, further impacting water flows and agricultural cycles downstream. Damming increases rates of evaporation and has stopped the winter flood cycles that traditionally flushed out salt in the soils of southern Iraq into the Persian Gulf.

As a result of decaying infrastructure, corruption, and upstream damming, the UN estimates that by 2025, the flow of the Tigris and the Euphrates will decrease by more than 25 per cent and 50 per cent respectively. These declining water flows are a key reason for the increasing salinity of the Shatt al-Arab.

Water has a history of being used for political purposes in Iraq. Upstream damming in Turkey has provided them leverage to pursue their interests in Iraq. In their retreat, Da’esh destroyed irrigation infrastructure and mined agricultural fields, and during Saddam Hussein’s reign, the southern Iraqi Marshes were drained to punish the Shi’a Marsh Arabs, destroying an ancient way of life.

Yet while water politics can be the source of turmoil, it is also a source of solutions. Iraq has demonstrated this with the Southern Marshland restoration project, which rejuvenated the Marsh Arab culture. This shows how water can have a value beyond economics and help provide justice for traditionally marginalised peoples.

This was also evident in response to the 2018 Basra water crisis. Here, the UN Children’s Fund worked with the Basra Water Ministry to restore decaying water pipe infrastructure and ensure water was restored to schools and public services. Moreover, other UN agencies are working with local farmers to introduce salt-resistant crops.

Yet for water justice and equity of access to truly take root in Iraq, the issue must be tackled from a systemic and hydro-social perspective. That is, one that comprehensively considers the water cycle in Iraq, its flow-on social justice impacts, and its cultural significance at the local level.

Such engagement could be a platform for cross-border engagement with Iran, Turkey, and Syria, as while climate change and water shortages are manifesting in Iraq now, these same issues are also present in those countries and many others worldwide.

It could be a platform that builds trust and cooperative relationships in the face of shared challenges. The alternative is that water becomes yet another catalyst for tragically avoidable conflict.

Similar topics
» Minister of Water Resources: Iran has completely cut off water from Iraq, and we will file a complaint with the International Court of Justice
» The Cabinet holds its meeting under the chairmanship of Abdul Mahdi and takes 8 decisions
» Iraq's PM says solving water pollution prioritized for Iraq
» Criminal justice services in Iraq strengthened thanks to new contribution from Germany
» UN official: Iraq must ensure the emergence of leaders calling for justice