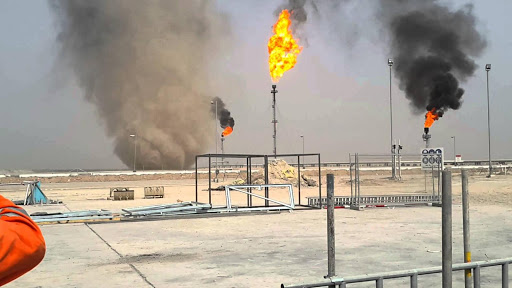 Shafaq News / The Iraqi Ministry of oil is holding negotiations with US company Halliburton to invest in the Akkas oil field, west of the country.

The Chief of the contracts and licenses department in the Iraqi ministry of oil, Ali Maarij, said that the oil field's production capacity reaches 400-500 mcf/day.

He added that many foreign companies offered to invest in the oil field, but the ministry did not reach an agreement with any of them, noting that the security situation in the country prompted many companies to withdraw their offers, although the operations command and the security forces have assured all parties that they will protect the companies operating in the governorate.

In October 2010, KOGAS in a joint venture with KazMunaiGas (KMG) from Kazakhstan and the Iraq state-owned company (Iraqi National Oil Company-INOC) applied to participate in the reverse auctions of the third license round organized by the Iraq Federal Government.

In October 2011, KOGAS and its partners were awarded the Technical Service Contracts (TSC) for the Akkas gas field with a remuneration fee of $5.50 per barrel of oil equivalent (boe) based on a plateau production of 400 million cubic feet per day (cf/d) during 13 years.

The Akkas field was discovered in 1992, with 5.6 trillion cubic meters of natural gas reserves. Six wells had been drilled in the field before ISIS took control of it in 2014.