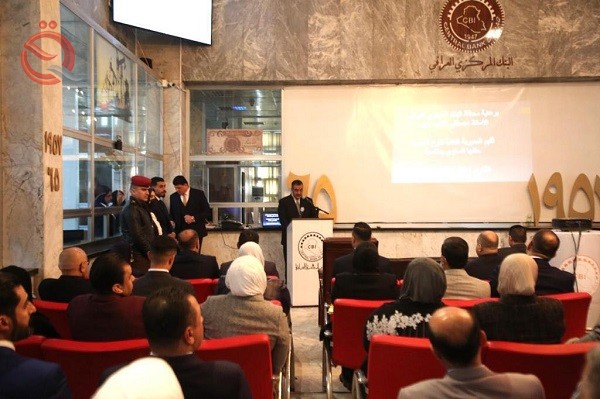 The Governor of the Central Bank, Mustafa Ghaleb Mokhief, announced that the development initiatives launched by the Central Bank contributed to supporting and establishing projects in southern Iraq, creating new jobs and expanding the industry.

The Governor of the Central Bank said, during the celebration held by the Central Bank branch in Basra on the occasion of the sixty-fifth anniversary of its founding, that "Basra governorate represents the economic lung of Iraq and constitutes an important population and commercial weight, in addition to its historical position, and this is what calls us to strengthen the work of the banking sector in it." .

He added, "The development initiatives of the Central Bank have contributed to supporting and establishing projects in southern Iraq, and have positively impacted the economy in these governorates through the creation of new jobs and the expansion of local industry."

And he was briefed on the workflow procedures for the sections of the bank branch in Basra. He praised the "efforts made by the branch's management and employees," vowing to "overcome all obstacles and difficulties facing their work." On the sidelines of the celebration, His Excellency the Governor honored a number of distinguished banks operating in the governorate .

Similar topics
» Al-Yasiri to "Al-Eqtisad News": The Central Bank's initiatives contributed to employing the unemployed and moving stalled projects
» Central Bank Governor: The slogan “Made in Iraq” must be supported by all official authorities
» The Governor of the Central Bank of Iraq meets the President of the Arab Gulf Program for Development in Riyadh
» THE GOVERNOR OF THE CENTRAL BANK PRAISES THE PERFORMANCE OF THE INTERNATIONAL DEVELOPMENT BANK
» The Central Bank issued a clarification on the suspension of funds and transfers to central and southern Iraq