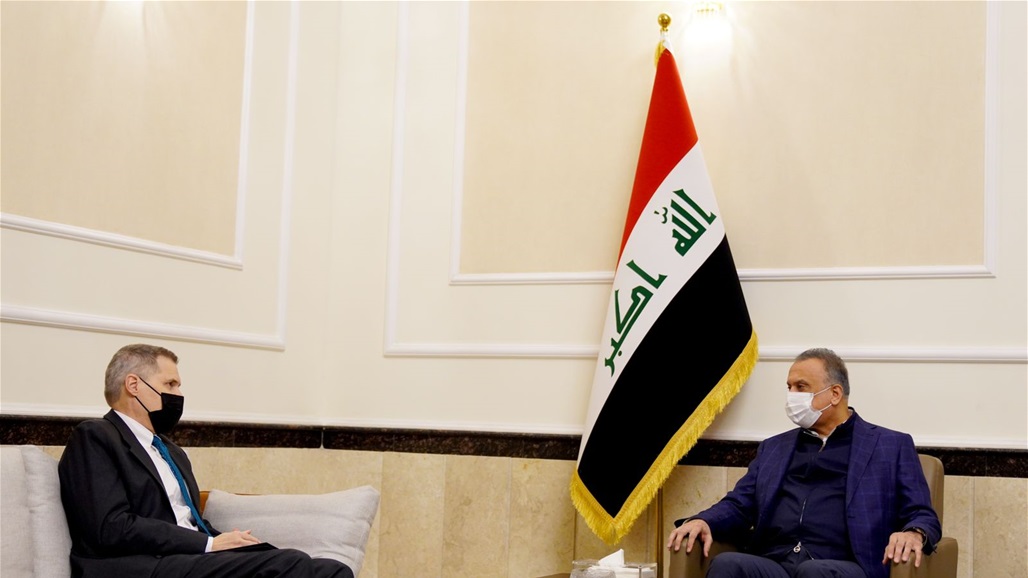 Today, Monday, Prime Minister Mustafa Al-Kadhimi discussed with the US Ambassador to Iraq Matthew Tueller, bilateral relations and security cooperation within the frameworks of advice, empowerment, intelligence support, and the preservation of Iraq's sovereignty.

Al-Kazemi's office said in a statement received by Alsumaria News, that the latter received Toler and his accompanying delegation, to discuss "Bilateral Relations between Iraqand the United States, and the prospects for expanding cooperation between the two countries in various fields.”

For his part, the ambassador emphasized Toler, “The United States supports the efforts of IraqIn strengthening security and stability locally and regionally, as well as its support for the Iraqi government's endeavor in the field of financial and economic reform, which will reflect positively on opportunities for sustainable development and the prosperity of the Iraqi economy.