KDP nominate Hoshyar Zebari for the President of Iraq

KDP nominate Hoshyar Zebari for the President of Iraq 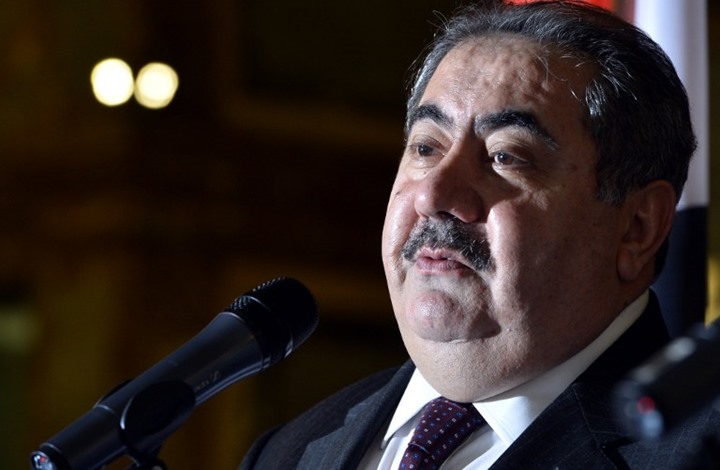 Shafaq News/ A source revealed, on Wednesday, that the leader of the Kurdistan Democratic Party will run for the post of President of Iraq.

The source who spoke on condition of anonymity told Shafaq News Agency that the Kurdistan Democratic Party would nominate the leader, Hoshyar Zebari, for the post of President of the Republic.

He added that Zebari would travel tomorrow to Baghdad to file his papers to the Iraqi Parliament.

On Tuesday, the leader of the Kurdistan Democratic Party (KDP), Hoshyar Zebari, commented on the news that the Party had "waived" the presidency in favor of the Patriotic Union of Kurdistan (PUK).

"Some social media sites, platforms, and irresponsible cyber army published a fabricated statement saying that the Kurdistan Democratic Party has waived the position of President of the Republic." Zebari posted on Facebook.

He added, "These reports are farther from the truth and completely inaccurate, and we confirm that we did not issue such a statement."

"This sovereign position is essential for Iraq and needs first and foremost a Kurdish consensus."

On Monday, the Patriotic Union of Kurdistan (PUK) decided to endorse Barham Salih for the Iraqi Presidency.

Earlier, Giyath Sawraji, a Leading figure in the Patriotic Union of Kurdistan, said that the PUK and the Kurdistan Democratic Party (KDP) already have an agreement on the Presidency of the Republic and the differences are on the candidate.

Sawraji told our Agency, "we have an agreement with the KDP. The Presidency of the Republic is ours. They did not nominate anyone for the position."

Hoshyar Zebari, 68, is an Iraqi politician who formerly served as the Deputy Prime Minister of Iraq in 2014 and as the Minister of Finance until 2016. He was Minister of Foreign Affairs from 2005 until 2014.

He joined the Kurdistan Democratic Party in 1979. In the 1980s, He became a member of KDP's Central Committee and its Political Bureau. In 1988, he was given charge of its foreign relations and represented the party in the United States and the United Kingdom.

Similar topics
» Hoshyar Zebari, left Iraq for two months
» VIDEO: Former Iraqi FM Hoshyar Zebari: Shiite Militias in Iraq Are just Like ISIS
» HOSHYAR ZEBARI: THE CLOSURE OF THE US EMBASSY COULD LEAD TO ISOLATING IRAQ FROM THE WORLD
» Update => Iraq Is Ready For Prime Time After All: Iraqi Foreign Minister Hoshyar Zebari, On Friday June 28, 2013 “Reduces Voracity” Of Iraq’s Compensation Under Chapter VII.
» Barzani going to waive the Mackey vs. presidency to his or Hoshyar Zebari??