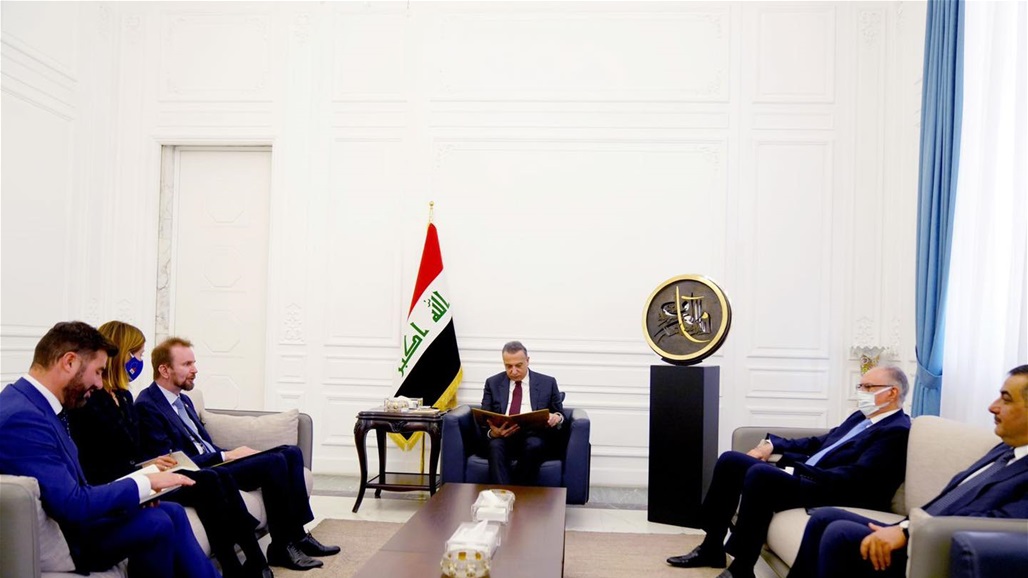 The media office of the Prime Minister said in a statement received by Alsumaria News, "Al-Kazemi confirmed during the meeting that the participants who gather Iraq BEuropean Union It opens up more opportunities for cooperation in the future, and his sovereignty described relations with countries European Union It is a long-term strategic relationship.

The office indicated that "Ambassador Variola congratulated Al-Kazemi on his success Iraq In removing his name from the list of high-risk countries in the field of terrorism financing and money laundering, this achievement was considered evidence of the success of his policy in the field of anti-corruption, and the integrity of Iraqi financial and banking procedures and the effectiveness of efforts to reform them, stressing that “this step will pave the way for a greater degree of exchange.” Commercial and investment between Iraq and European countries.

The office stated that "Ambassador of European Union To the growing positive regional role of Iraq, pointing to a seven-year European plan that aims to provide institutional support to Iraq, assign programs to develop financial competencies and work Central Bank of Iraq".