The next Iraqi President will be chosen today, KDP spokesperson says

The next Iraqi President will be chosen today, KDP spokesperson says 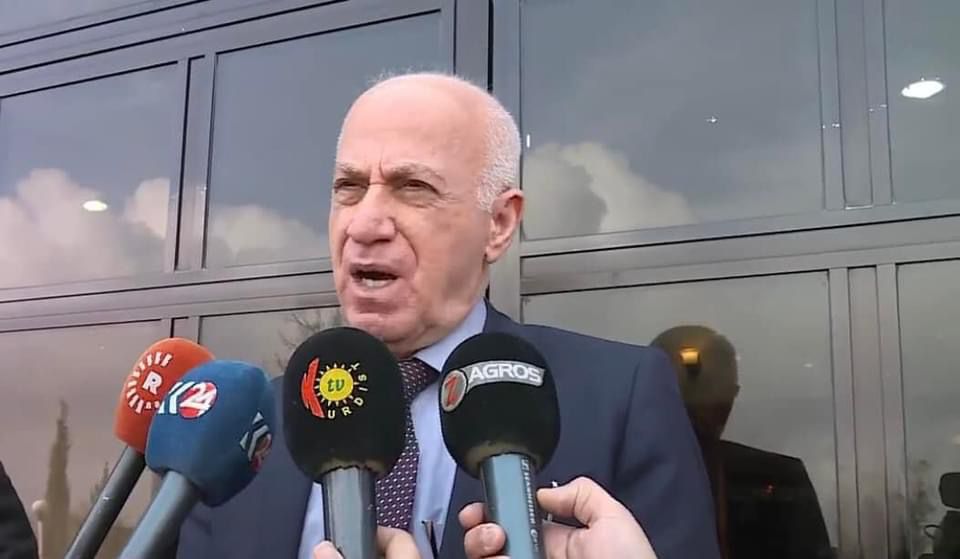 Shafaq News/ Spokesperson to the Kurdistan Democratic Party (KDP), Mahmoud Mohammad, said that the delegation of the Kurdistan Region to the Iraqi capital, Baghdad, will settle the issue of the President of the Republic today, Saturday.

Mahmoud's statements came shortly after a meeting between the KDP leader, Masoud Barzani, and the heads of the two Sunni leading parties, al-Takaddom's Mohammad al-Halboosi, and al-Azm's Khamis al-Khanjar, in Saladin resort, near Erbil.

Mohammad said that the Sunni leaders' delegation has left for Baghdad in a rush after meeting with the Kurdish leader.

"The Sunni, even though they have two different blocs, agree on participating in the government and being close to the Kurds," he added.

"We await the Shiite brothers to work things out between them to avoid further impedance to the political process," Mohammed continued, "the session will be held tomorrow. We hope all the parties attend."

When asked about the candidates for the Parliament Speaker's position, "it is the Share of the Sunni parties. Only them can announce the candidates."

"As for the Presidency of the Republic, the issue will be settled today. Our delegation is in Baghdad, and it has the prerogative to act in this regard."

"The Kurdish priority is a true partnership in governance and constitutional balance. For this reason, we wrote down a work plan with the Patriotic Union of Kurdistan (PUK). It will be a part of the government's program, and it stipulates the demands of the people."

Similar topics
» Interview with IBN & Iraqi spokesperson
» Revealed the date of a spiritual visit to Baghdad
» Barzani and Mike Pence confirm by telephone on the continuation of the partnership between America and Kurdistan
» Iraqi President Salih Calls Chinese President
» President of the Republic: The results of the Iraqi-American strategic dialogue are important to achieve stability and strengthen Iraqi sovereignty