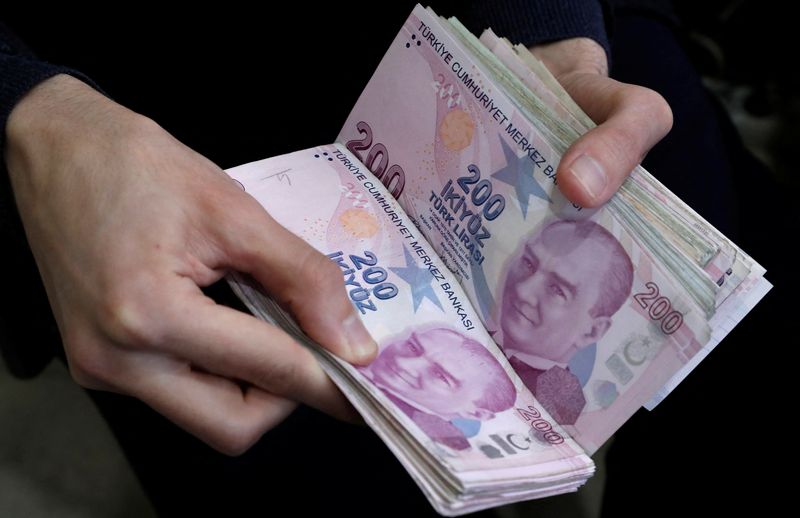 Shafaq News / The Turkish lira weakened for a fifth consecutive day on Friday, further eroding the big gains it made a week earlier as investors continued to fret about the country's unorthodox monetary policy and rising inflation.

Turks' earnings have been eroded in recent months by the slide in the lira, though it rebounded from 18.4 to 10.25 last week after the introduction of a state scheme to protect local deposits from depreciation losses versus hard currencies.

At the same time the central bank's net foreign currency holdings - its effective buffer against financial crisis - plunged to nearly a two-decade low.

The currency crisis was triggered by the central bank's aggressive interest rate cuts, amounting to 500 basis points since September, carried out under pressure from President Tayyip Erdogan as part of a bid to boost credit and exports.

Economists have said the easing is reckless, given that inflation has risen above 21% and is expected to soar beyond 30% this month and in the months ahead due to the lira depreciation.

Page 1 of 1
Permissions in this forum:
You can reply to topics in this forum
Who is online?
In total there are 73 users online :: 0 Registered, 0 Hidden and 73 Guests :: 3 Bots