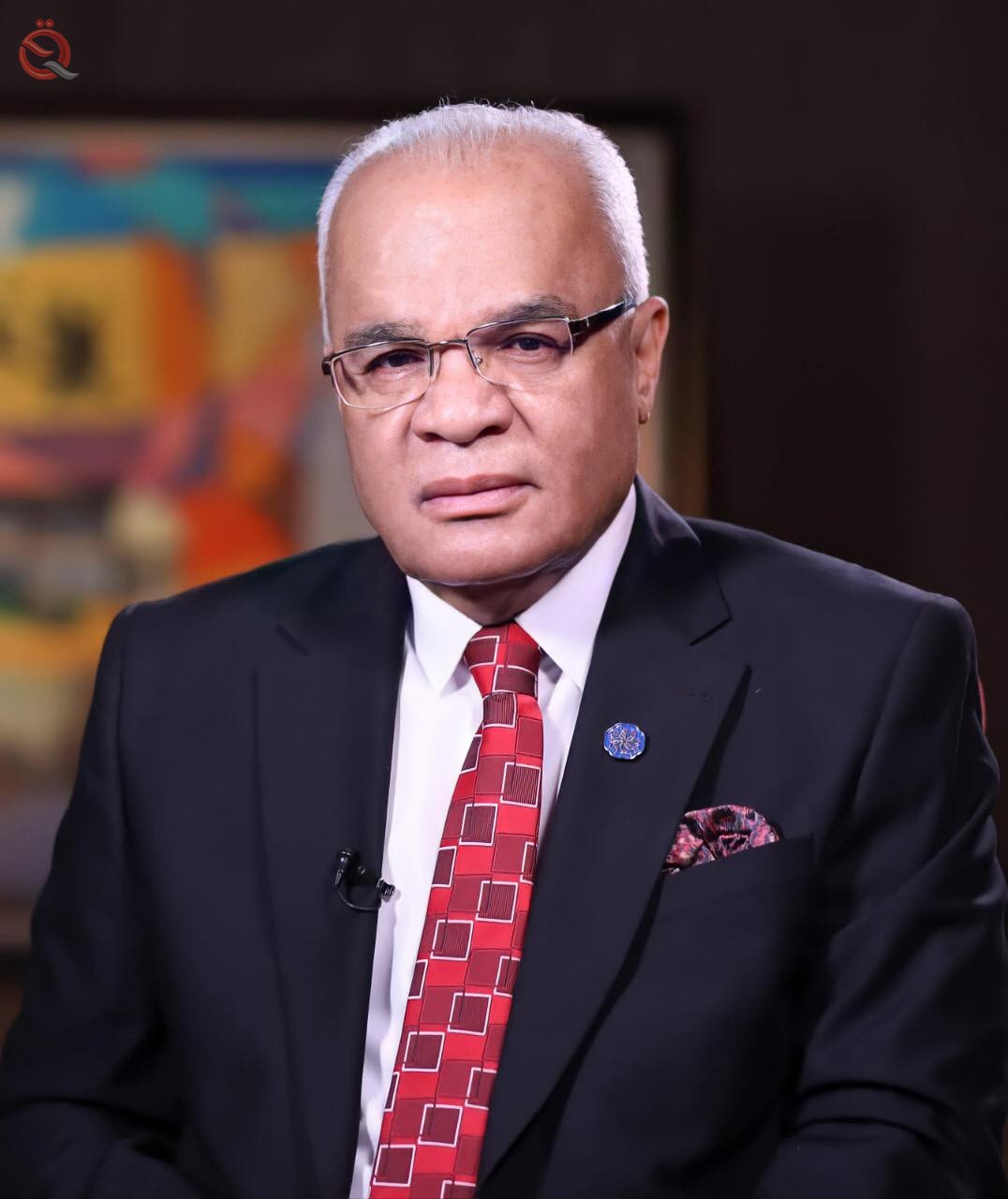 The economic and banking advisor to the Association of Iraqi Private Banks, member of the Banking Advisory Committee in the Central Bank of Iraq and member of the International Union of Arab Bankers, Mr. Samir Al-Nusairi, has been interested for several years in analyzing and diagnosing the challenges facing the Iraqi economy and the banking sector and his proposals for policies, programs and visions to overcome them, in addition to his expectations of the effects and repercussions of economic variables The international community will affect the Iraqi economy in the coming years, especially in 2022. On the occasion of the end of 2021, we conducted a specialized dialogue with him about his predictions for the banking sector and the national economy in 2022, and the Nusayri consultant replied as follows:-

On the occasion of the end of 2021, and in view of the special and new circumstances that our beloved country is going through due to waiting for the formation of the new government after the approval of the election results by the Federal Court and the legitimate popular demands for political and economic change and reform, and because our banks are the first main link in the national economy

, we must clarify by analyzing and evaluating the results The initial business of the banks in 2021.

That it faced the challenges of an unstable work environment, the non-performing debts reaching more than (6) trillion dinars, the decline in the prices of shares traded in the Iraqi stock market by (80%), the decrease in the liquidity of some banks to the minimum limits set by the Central Bank, the decrease in the realized revenues and deposits for some banks, and the impact of some The other is the delay in approving the 2021 budget, which affected the investment side of development projects, the legislative deficiencies, the lack of clarity in financial policies, the determinants of instructions that regulate the economic process, and the tax and customs laws and instructions.

Al-Nusairi pointed to the role played by the Central Bank in facing these challenges, leading the banking sector, organizing it and reforming some of its links towards helping it overcome those challenges.

Through its financing procedures and initiatives to stimulate the economy and support banks. And that our banks confirmed their sobriety and strengthened the public’s confidence in them during 2021 and the continuation of their daily activities and work despite the administrative, logistical and technical difficulties, which made an effective contribution to the implementation of the Central Bank’s policy in achieving stability in the banking market and perpetuating internal and external banking operations, which enhanced international confidence in our international banking transactions and appears This is evident when comparing the state of our banks with other countries experiencing the same conditions as happened in Lebanon, Syria and Iran, for example, and this confirms that our banks are moving in the right direction.

Therefore, it requires it to complete its plans for 2022 in the light of the analysis of the results of its activities and activities in light of the current conditions and expectations in 2022 after the formation of the new government and the requirements of the new situation and in accordance with the objectives of the second central bank strategy for the years (2021-2023) with a focus on contributing to the implementation of strategic banking projects Which the Central Bank planned, developed and set its objectives, which are about 15 main objectives and 75 sub-targets (technical, financial, administrative and developmental).

Stressing the need to reach policies and procedures according to their actual needs in the sustainability of their banking products, and to complete the preparation of these plans in coordination with the specialized departments of the Central Bank in cooperation with the Association of Iraqi Private Banks and to develop policies and procedures to meet the major challenges facing banks.

The banks’ completion of their plans for 2022 requires them, under the supervision and control of the Central Bank, to work in quick steps, which is to move the Iraqi banking sector to a sober and developed economic sector that is committed to international regulations, rules and standards for compliance, combating money laundering, financial reporting and risk management, and thus moving from the role of banking to a developmental role and

contributing to the revitalization of The economic cycle is to activate and support the financing of small and medium projects and large development projects, through which the building of a solid national economy and sustainable development is achieved, ultimately serving the Iraqi people and their aspirations for a better life.

This requires work in the areas of developing the structural structure of the banking sector, in addition to paying attention to the application of financial stability standards, which are indicators of financial safety such as the capital adequacy ratio, the liquidity ratio, the profitability ratio such as the ratio of profit and net profit to capital, the ratio of return on assets, the ratio of return on shareholders’ equity, the ratio of activity costs and leverage Finance and money investment ratio, in addition to adopting indicators to measure performance efficiency and creating units for statistics, studies, analysis and financial forecasting to indicate monthly, quarterly and annual deviations in the drawn plans. Relevant to revitalizing banking work, especially in the field of credit, bank financing, loans and banking facilities, giving a key role to private banks and involving them in central economic decision-making.

In the light of the study and analysis, Al-Nusairi expected: the repercussions of the changes in the global economic system on the Iraqi economy in 2022, as follows:-

1 - The economic growth rate will not exceed 3%, the annual inflation rate will exceed 5%, the foreign cash reserve will maintain a level of no more than 65 billion dollars, and the contribution of oil to the gross domestic product will be up to 60%, and it will constitute up to 91% of the revenues of the general budget, and the external debt will be formed And the interior is at 50% of the GDP. As for the growth rate of the gross domestic product at constant prices, it is around 3%

2‐ He sees, with an insightful analytical look at the current economic reality, that we urgently need a radical comprehensive economic change that adopts the following main axes:-

* Re-change the map of national income resources by reducing dependence on oil as a major resource by activating other resources to bring them to 30% within the next ten years of the total resources.

* Supporting, developing and motivating the private sector and benefiting from its capabilities, capabilities, capital and investments in building the national economy and involving it in economic decision-making and management of the economy.