The fiery statement of the Minister of Finance

The fiery statement of the Minister of Finance 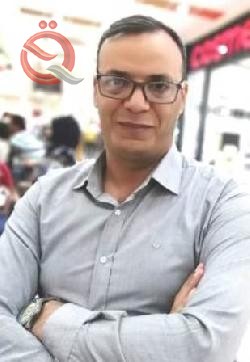 A few days ago, at a ministerial forum held by the Ministry of Oil, the Minister of Finance made a fiery statement, which is close to verification, that the government may abandon some employees after ten years if the situation continues as it is now.
There are several points that can be clarified
first: The points that are next to the validity of the statement
1 - The world is moving at a high pace towards clean, sustainable or green energy and other designations that mean the migration of fossil fuels, and we know that 95% of the federal budget’s revenues are Oil revenues and, consequently, the demand for energy will shrink, especially after the decisions of the last climate summit in Glasgow 2021, which is the COP26 summit, which was one of its decisions that the major countries had left the cars that run on fossil fuels.
2 - The size of the allocations for retirees, according to the minister’s statements, will reach 25 trillion dinars, and the size of the allocations for employees’ salaries will reach 70 trillion, and therefore 75% of the budget or more goes to the operating budget and therefore this means that the economy is going to deficit after several years.
3 - The population growth is 3%, and the approximate population now is about 40 million, and therefore the population will be 62 million after 10 years. The revenues will inevitably not be sufficient to cover salaries or the operating budget unless steps are taken from now on.

Second: As for the evidence that
contradicts statement 1 - that the 2021 Glasgow Summit and its statement that means of transportation after 2030 in industrialized countries must be working with electricity and ban cars running on fossil fuels, this does not reduce oil consumption in the world because cars are in the rest of the world. The world is on the rise.
2 - Petrochemical and other plants that depend on fossil fuels are constantly increasing, and even one of those facilities is to extract hydrogen from natural gas or petroleum for use in transportation, and therefore production will continue at the same pace if it does not rise.
3 - OPEC expects its oil production to rise in the coming years to 100 million barrels per day, and it is now in the range of 72 million barrels per day.
4 - Fossil fuels are decreasing, and during the next ten years, many oil-producing countries will announce that their fields of oil or gas will run out, and many Iraqi oil fields will also lose their oil productivity. This means that the supply of crude oil will decrease and therefore demand will increase or will continue at the same pace, and this means that the price will rise a lot after ten years and may exceed $200 per barrel.
5 - The alternative to fossil oil is shale oil, which has a very high cost that may exceed 75 dollars, and therefore the future price of a barrel will be high in order to serve the producers.
5 - Iraq and the Middle East possess very large reserves, close to half of the world's reserves, and therefore the last barrel will come out of the Middle East region, and therefore Iraq and the region will continue to possess oil revenues for the last barrel produced.
6 - Iraq occupies the second place after Kuwait in the lowest extractive cost per barrel of oil, so even if prices decrease (and this is unlikely) after the drop in global demand, the art of Iraqi oil production will remain a feasible and profitable production for Iraq.

Third: Indicators of the statement
1 - The previous governments brought the economic situation to the bottom of a quagmire from which it is difficult to get out. It has failed to build an economy with sustainable revenues, as well as being characterized by diversification in its revenues to the federal public budget, not to depend on oil only. Thus, the reason for this miserable economic situation is the Iraqi governments that took control of Iraq.
2- Declaring a bleak outlook for the future that the current government and the upcoming governments will follow the same approach as the previous governments, and thus that the economy after ten years will collapse and consequently the government will be forced to lay off employees to maintain the government and keep the salaries of the corrupt.
3- The white paper has failed to provide anything more than a year after its adoption.
4 - In the statement, a warning to the coming governments that bankruptcy and economic collapse will inevitably come, and therefore precautions must be taken against that.
5 - The statement alerts the citizen to be aware of the extent of the economic problem and that the reason is the government elected by the citizen and the officials who support them.
6 - The government may be forced (and this is very likely) to raise the value of the dollar against the Iraqi dinar again to solve the government's deficit in paying the salaries of employees in the future, and thus inflation will rise in a very large way.

Fourth: Conclusion
1 - The statement of the Minister of Finance is a real reality that Iraq will witness soon, if the situation remains as it is, and it will inevitably remain. Kaffien just that they belonged to the parties that held power.
2 - must take the statement seriously and work from now to find alternatives to finance the federal budget substitute for crude oil as well as in the production of electric power by emerging clean energy and sustainable
3 - must develop a five - year and year plans and not to issue decisions that are unlike those plans, as happened with the paper The White Reformatory, which was subjected to many decisions and practices that contradict its recommendations.

Similar topics
» The state of law rejects the statement in the statement of the trilateral summit and demands the prime minister to clarify his position
» Parliamentary Finance
» Statement (Prime Minister)
» A statement from the Prime Minister's Office
» On the politicization of tomorrow's demonstrations: Let the people exercise their constitutional right