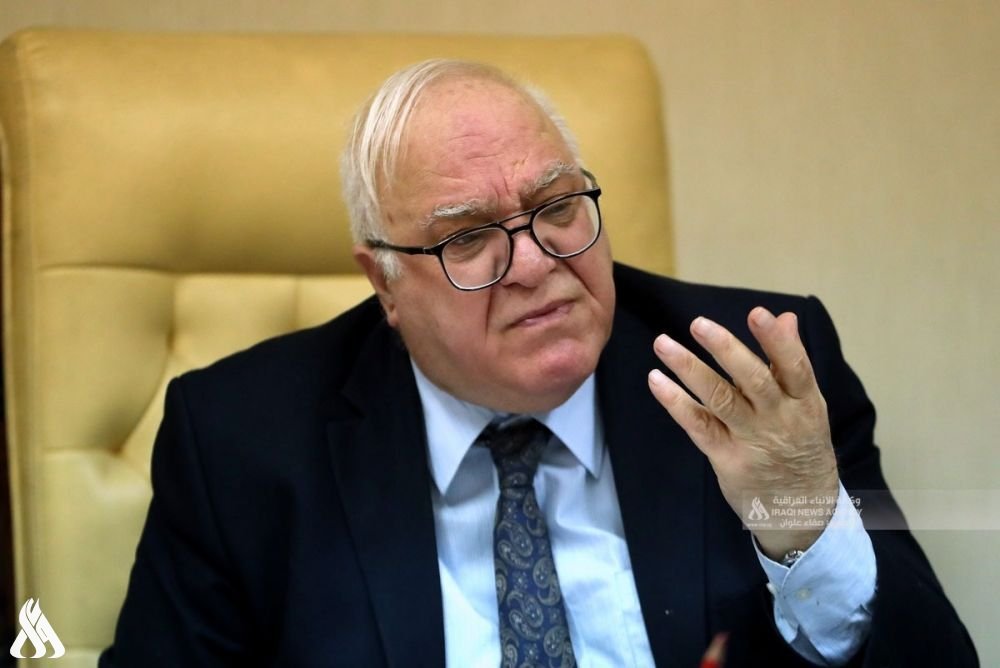 the economic advisor to the Prime Minister, Mazhar Muhammad Salih, determined today, Friday, the size of Iraq's remaining internal and external debts and the mechanism for their payment.

Saleh said in a statement to the Iraqi News Agency (INA), that "as for foreign debts, there is a suspended amount that has not been settled under the Paris Club Agreement to settle Iraq's foreign debt, and it goes back to the so-called debts before 1990, estimated at 41 billion dollars, which requires that the debt is correct. To be discounted by 80% or more under the terms of the Paris Club Agreement, with no more than $8-9 billion.”

He added that "the aforementioned amount appears in the accounting books of four Gulf countries, at a rate of approximately 66%, distributed between Saudi Arabia, Kuwait, Qatar and the Emirates, and it dates back to the era of the Iran-Iraq war and is expected to be written off by 100% because it is a debt associated with wars and not for development purposes."

He pointed out that "the remaining 34% belongs to eight different countries, and in general it can be said that the sovereign debt on Iraq is divided between the group of Paris Club countries and countries outside the Paris Club, and commercial debts," explaining that "Iraq's foreign debts, especially debts before the year 1990 was settled under the Paris Club Agreement 2004, where it was agreed to write off 80% and more of those debts whose initial estimates at that time approached $ 129 billion, and most of them were written off and the rest of the debt was scheduled for 20 years.

And he indicated that "despite the fact that Iraq made some external borrowings due to financial distress after 2014 as a result of the war on ISIS terrorism and the drop in oil prices and its direct impact on the country's public budgets, the total external public debt subject to repayment obligations today does not exceed 20 billion dollars."

He added, "As for the internal public debt, it is the largest today and amounts to about 50 billion dollars, but it is a debt between government financial institutions exclusively, and it is settled within the internal economic policies, and it is a low-risk debt," noting that "the increase in oil revenues will provide high financial leverage to settle the debts." The remnants of debt and easy choices.

Salih explained: "In light of the foregoing, the public debt components can be re-analyzed as follows: As the internal public debt touched nearly $50 billion, 67% of it goes back to the Central Bank of Iraq with an average annual interest of 3%, while the debt The remainder of it, which must be paid, is about $20 billion.”

He stressed that "recalculating the actual external public debt is $29 billion, and the actual total internal and external debt is $79 billion, and assuming that the gross domestic product for the year 2021 is $178 billion, the ratio of the actual debt to the mentioned output is about 45%, and it is still It is within the safe range of EU standards for stability and growth."

Similar topics
» Advisor to the Prime Minister for Financial Affairs: Iraq’s external debt is about 30 billion dollars, and the internal is about 42 billion dollars
» Al-Kazemi’s advisor: $ 5 billion, the size of Iraq’s debts to the World Bank and the IMF
» Abadi: Most of Iraq's debts are internal and not external
» Report: Iraq is in a good position to pay off its external debt
» Al-Kazemi’s advisor for financial affairs: The decrease in the external public debt, and the next year will be free of hardships and financing restrictions