Judy: "The kingpin of the GCR, the Iraqi Dinar has revalued and all foreign combat forces have been removed from the country" (Does Judy Even Read The Crap She Puts Out? LOL) 12/21/21

Judy: "The kingpin of the GCR, the Iraqi Dinar has revalued and all foreign combat forces have been removed from the country" (Does Judy Even Read The Crap She Puts Out? LOL) 12/21/21

Judy Note: The triggering Event for the Global Currency Reset was said to be a global economy meltdown – that was expected around Wed. 22 Dec.

Although, it would be a different world by 27 Dec: The world was said to be going on lockdown (they say because of the CV Variant). (Behind the Scenes the world would actually be on lockdown in order for the Alliance to complete Mass Arrests, along with the Global Currency Reset).

We could take comfort that the Alliance White Hats were in charge.

Since the very beginning of the global monetary system global and political elites have controlled it and have now bankrupted it.

Over twenty years ago in order to save the global economy, a Global Currency Reset was planned by the White Hats. For weeks the GCR has been in it’s final stages, with liquidity expected at any time.

Redemption Centre personnel have been at work full time since Thurs. 16 Dec.

Whales remain in position in Reno and Zurich.

Some Historical Bond Holders have been paid 1% of their Bonds.


The kingpin of the GCR, the Iraqi Dinar has revalued and all foreign combat forces have been removed from the country. It was now sovereign. 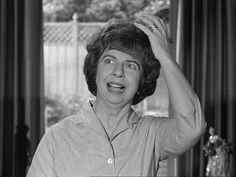