Mazhar Saleh: Iraq is on the verge of economic recovery

Mazhar Saleh: Iraq is on the verge of economic recovery 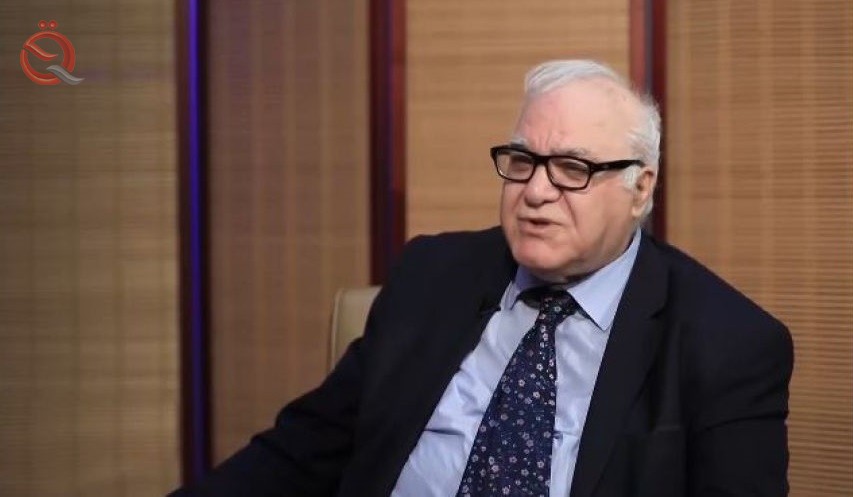 The financial advisor to the Prime Minister, Dr. Mazhar Muhammad Salih, expressed his optimism about the expected deficit levels in the next year’s budget 2022, stressing that the hypothetical deficit gap (will be automatically canceled) as a result of positive oil revenue differences, especially in the event that the average price of a barrel of oil stabilizes at 70 dollars. At the same time, revealing that the 2022 budget seeks to maximize the optimal spending on investment projects, with the aim of achieving a growth rate in the gross domestic product, which is no less than 5%.

Despite the level of optimism expressed by the government advisor, the economist, Manaf Al-Sayegh, believes that estimating the selling price of a barrel of oil in previous budgets is not subject to the standards of the global market, and this leads to the adoption of an inaccurate hypothetical price that pushes towards building spending with an unclear deficit, pointing out That Iraq's budgets are item budgets, and this pattern was abandoned by most countries of the world due to its inefficiency in achieving annual spending requirements, calling for work on balancing goal-oriented programs.

A precautionary deficit
, Saleh said in a statement that "there are developments in the features of the expected general budget for 2022, which approved an oil price of about $50 per barrel, for the purposes of calculating average oil revenues throughout the next year in light of a daily export capacity of more than three million barrels of oil." In the event of an increase in the spending ceiling by 10% over the current ceiling in the 2022 budget, this means that there is a precautionary deficit that will be approved by the budget to avoid undesirable fluctuations in oil prices during the next fiscal year.
According to the foregoing, the financial advisor to the Prime Minister believes that “the hypothetical deficit will be 20% of the total total spending ceiling, and about 8% of GDP, but the average price of a barrel of oil, if it continues to remain stable at $ 70, the budget will be in Mostly an equilibrium situation, and the default deficit gap will be automatically canceled from the positive oil revenue differentials.

An investment budget and
despite the "cautious" optimism shown by Saleh, which is closely related to fluctuating oil prices, with the aim of reaching a budget without a fiscal deficit, the next year's 2022 budget in its other aspects, according to the government advisor, "will be distinguished by introducing a medium-term program for investment projects, With commitment to the program costs for important and strategic projects, and according to their social priorities, especially those that affect the well-being of society and its economic priority, being income-generating and operating the business cycle in the economy.
The next budget will also seek, according to Saleh, to maximize the optimal spending on investment projects with the aim of achieving a growth rate in the gross domestic product that exceeds the population growth rate, and not less than 5% or more, which will lead to an accelerated reduction in unemployment rates as well, stressing These steps will lead to economic recovery in the country.

Items and programs
, in turn, the economic expert, Manaf Al-Sayegh, identified, during a statement, a set of imbalances. He said: The previous budgets suffered a lot, putting at the forefront of these imbalances the budget’s dependence on the principle of items that most countries of the year left, and now depend on the budget of goals-oriented programs, as well as the lack of The issue of estimating the selling price of a barrel of oil in the general budget is subject to international market standards, which pushes towards building spending with an unclear deficit level.
Al-Sayegh hinted that “most budgets since 2014 have witnessed the status of investment spending in them, equal in their expenditures to the value of the planned deficit in the budget, noting that any financial returns that come from selling oil in the event of an improvement in its prices, through which investment expenditures are covered, This means that the government canceled investment spending and mortgaged it to the budget deficit."

Expenditure levels
The economist believes, "The circumstance that Iraq is going through requires a change in the way and pattern of thinking of those who build public budgets in the classical way, which depends on guesswork in determining spending levels, and thus increases in most cases what public spending units need, and leads to higher levels of spending. Operational spending at the expense of annual investment spending, with a decrease in the efficiency level of spending, which leads to waste of public money and encourages corruption. Suggesting in this matter, "transition to a pattern of prioritizing according to the available spending levels, without the need for spending that leads to a deficit, with an emphasis on building budgets on the basis of annual programs subject to measurement, follow-up and modification to turn at the end of the fiscal year into existing projects that serve the community and the state."