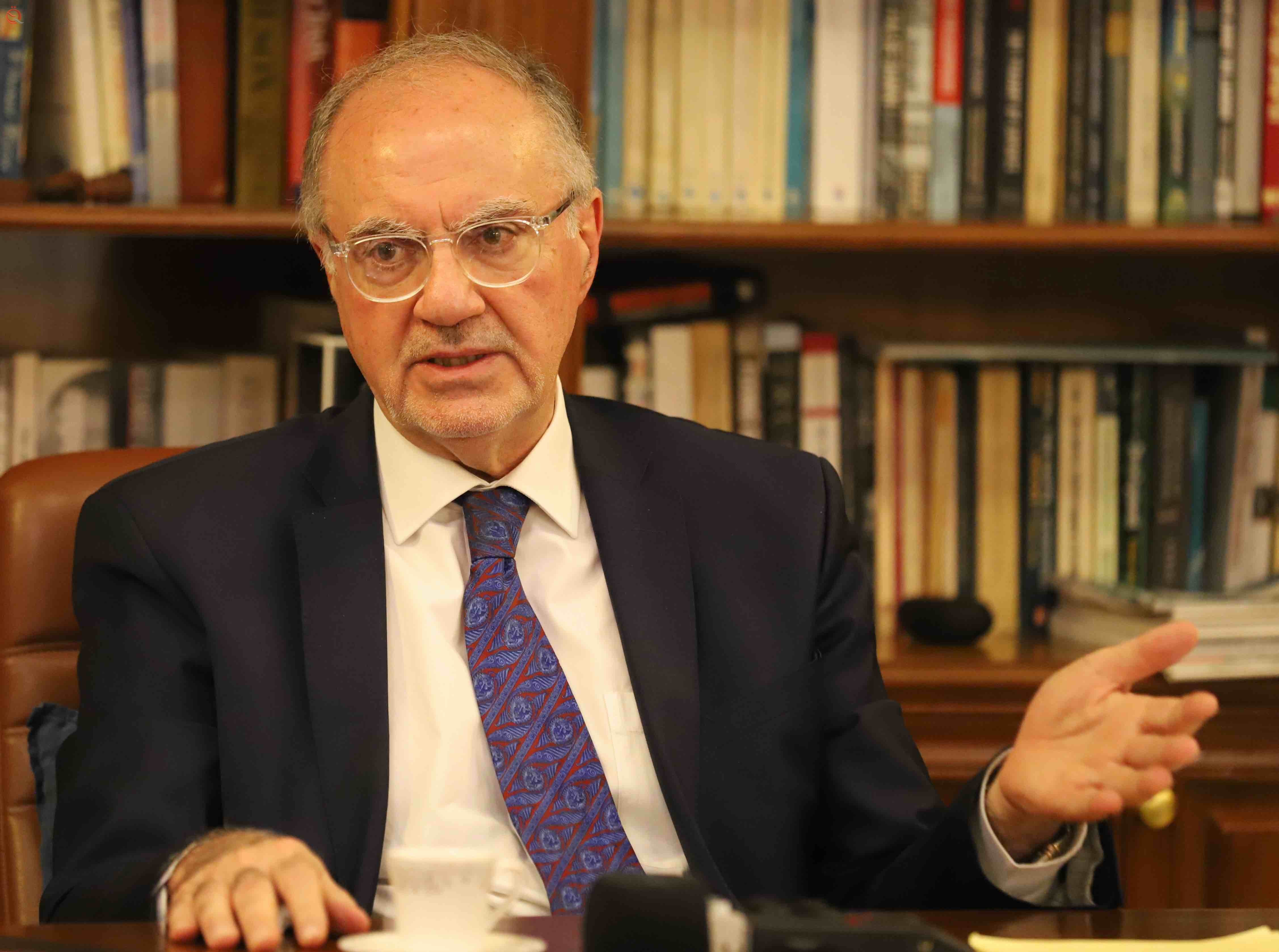 Finance Minister Ali Abdul Amir Allawi confirmed that Iraq wasted its financial abundance in expanding its employee base, denying the existence of American pressures in imposing the white paper.

Allawi said in a televised interview, followed by "Al-Iqtisad News", that "Iraq enjoyed great financial abundance for the period between 2009 to 2013, but there are no clear economic policies to deal with this abundance."

He added, "The oil resources only turned into appointments in state institutions, and the projects that were established during that period, no one can mention them at the present time."

Allawi pointed out that "the projects that took place during the royal era still have their impact until the present time, such as dams and roads, unlike the projects that were established after 2003."

And he added, "The financial abundance was used to expand the base of employees within the country, and this method does not lead to positive economic results."

Allawi noted, "Those who object to the white paper adopted by the current government change their opinion as soon as they have a dialogue with them regarding its content."

He stressed, "The allegations that the white paper is to adopt projects that radically change Iraq's identity and are imposed on it by the United States are false and empty talk."

Allawi stressed that "the project is an Iraqi national, whose purpose is to strengthen the capabilities of the state as a whole, and to direct the economy on the right path."

He pointed out that "the main problem in Iraq is that the economy-based apparatus, which is the government, has failed to perform its duties for many reasons, and the issue is not only related to the political aspect."

Allawi spoke of the need for "the administration to self-develop and rise to responsibility, and therefore it can be said that the main goal of the white paper is to reform the state's public administration and then public finances."

He stated, "The economic situation in general is going through a phase that has not been seen in 100 years, because the world has begun to develop from fossil fuels to alternative energy."

Allawi added, "This transition does not happen every day, but can happen once in 100 years or more, as happened in previous eras when energy changed from wood to coal and then to gas and oil, and we are living today with a transition to alternative energy." ".

And he went on, "Oil is mainly relied upon to drive wheels through its derivatives, but after 2030 the wheels will work with electricity, which today began to change its hub from traditional fuel."

Allawi believes that "these indicators are dangerous for a country that depends entirely on oil exports." He added that "Iraq is the country most affected by the global economy, and any destabilization of oil prices has a negative impact on us."