Emaar Dhi Qar Fund: 300 projects for the governorate during 2022

Emaar Dhi Qar Fund: 300 projects for the governorate during 2022 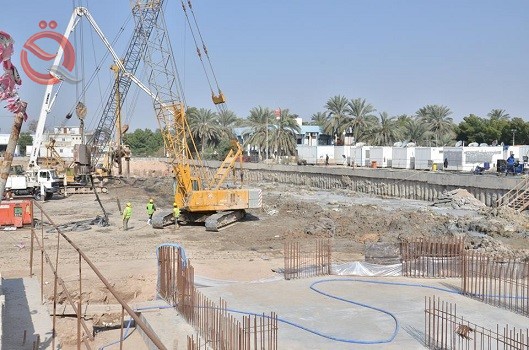 One of the service projects in Dhi Qar Governorate

The head of the Dhi Qar Reconstruction Fund, Razzaq Al-Rikabi, said that next year's plan includes starting 300 projects in the districts and districts of the governorate.

Al-Rikabi said in a statement reported by the official newspaper "Al-Sabah" and seen by "Al-Iqtisad News", that "next year's plan is radically different from its counterpart this year, in terms of the size of projects that include important sectors such as health, electricity, sewage, sports, youth, roads and bridges."

He pointed out that "next year will witness a doubling of the amounts to start important strategic projects that include all districts and districts of the province, to match Dhi Qar, the northern and western provinces, which are characterized by the provision of services and urban development."

He added that "the fund sent a letter to the administrative units to provide them with projects, as it has so far reached 142 projects."

And he indicated that "these projects will be checked and deleted or paragraphs added by the advisory office that the fund contracted with, in addition to putting a touch to transfer the urban development in European countries to the governorate," expecting that "the number of projects during the next year will reach about 300 projects."

Al-Rikabi stressed that "the Dhi Qar Reconstruction Fund has a legal personality as it is an independent body linked to the Prime Minister and its allocations are separate from the regional development program, of which the governorate's annual share is 6.8% according to population density."

The head of the fund explained that "the projects are now beginning to appear on the ground, as some of them have reached more than 60% completion rates, and some of them will be delivered next month after the completion of the infrastructure works."

Similar topics
» Minister of Planning: The inclusion of (99) projects at a cost of more than (344) billion dinars within the Dhi Qar Governorate Reconstruction Fund
» The Minister of Planning, Prof. Dr. Khaled Battal Al-Najm, accompanied by the Minister of Immigration and Displacement, Evan Faeq, arrive in Nineveh Governorate
» Central Bank announces the establishment of a joint lending fund to fund important projects
» Nineveh Governorate: 780 projects completed in 2019
» Governor of the Bank: The amounts provided by the Tamkeen initiative helped to carry out investment projects