The Central Bank: The volume of exchange with the UAE exceeded 15 billion dollars during 2020

The Central Bank: The volume of exchange with the UAE exceeded 15 billion dollars during 2020 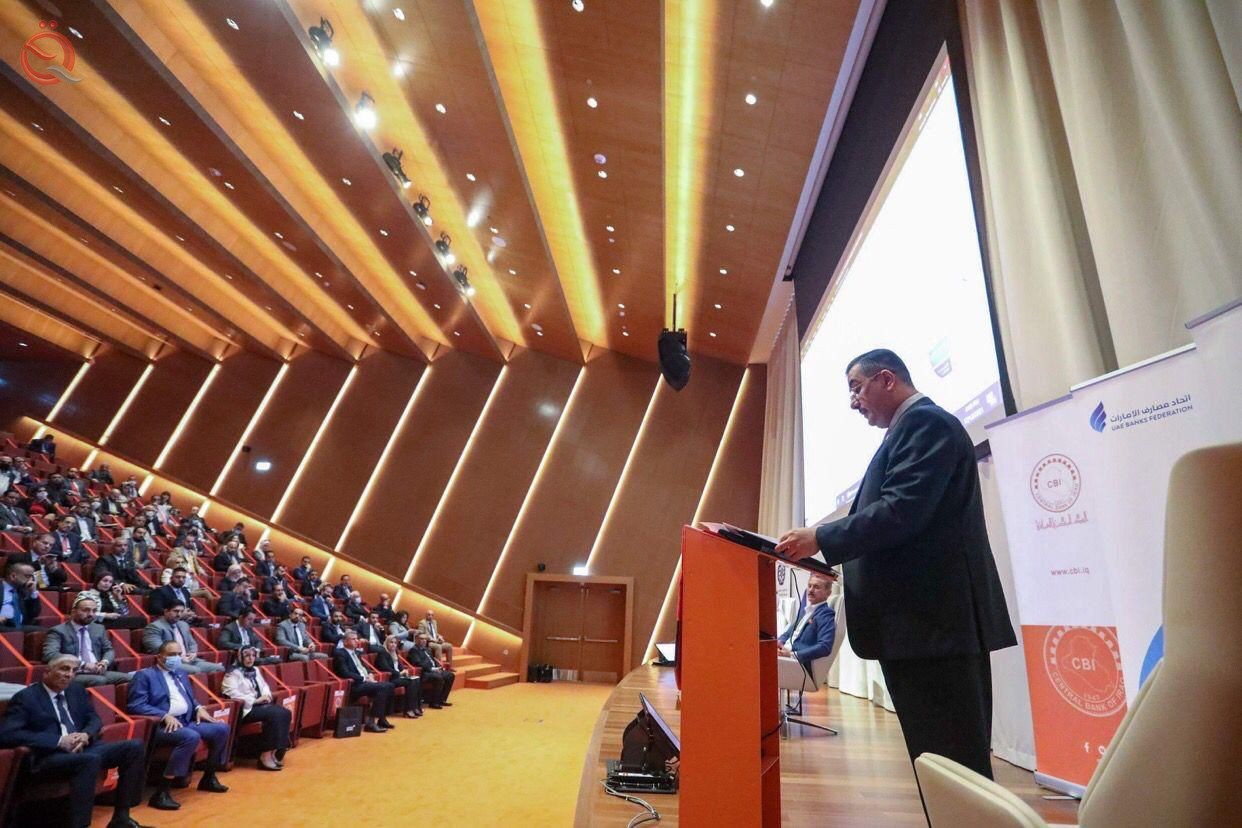 The Governor of the Central Bank of Iraq, Mustafa Ghalib, during his speech at the Iraqi-Emirati Banks Forum

Organized in Dubai, the Iraqi-Emirati Banks Forum, in the presence of the Governor of the Central Bank of Iraq, Mustafa Ghaleb Mukhaif, and a large number of Iraqi and Emirati banks.

In his speech on the sidelines of the audience attended by "Al-Iqtisad News", the Governor of the Central Bank, Mustafa Ghaleb Makheef, said, "This meeting aims to strengthen partnership and cooperation between Iraq and the UAE, as the UAE is the main gateway for cargo ships to Iraqi ports and the main financial and commercial partner in the import movement. and export to Iraq.

And he indicated that the Iraqi banking sector is one of the promising sectors in terms of growth opportunities and its ability to attract financial operations and provide banking services to citizens,” noting that Iraq seeks to attract $100 billion in the transport, energy and agricultural sectors.

The governor stressed that Iraqi banks, under the guidance of the Central Bank of Iraq, have been keeping pace with international banking standards, applying institutional governance, attracting competent competencies and cadres, adopting compliance standards, combating money laundering and terrorist financing, applying international accounting standards, increasing accounting disclosure and transparency in providing information, and implementing the recommendations of the Basel II and III Committee.

On the other hand, the head of the Emirates Banks Federation, Abdul Aziz Abdullah Al Ghurair, said that Iraq is the sixth trading partner of the UAE, and we see a great tendency from the Central Bank of Iraq to support the relationship between the banking sector in the two countries, adding that the Banks Union is ready to exchange experiences with the sector Iraqi banker.

He stressed that the size of the UAE banking sector amounts to more than 1.65 trillion dollars, and this makes it very strong in the financial market, and supports the non-oil economy, indicating that Emirati banks are ready to work with Iraqi banks and achieve partnership to serve the two countries.

While the head of the Association of Iraqi Private Banks, Wadih Al-Handal, said that the Iraqi banking work is in continuous development under the supervision and guidance of the Central Bank of Iraq, which applies the highest standards of control and governance and creates a strong base of banks that serve the goals and strategy for the advancement of the Iraqi economy.

He added that we aspire, through this forum, to open a new door of mutual banking relations and open mutual accounts between the two parties, noting that Iraqi banks possess high-level systems in addition to their application of anti-money laundering and terrorist financing laws.