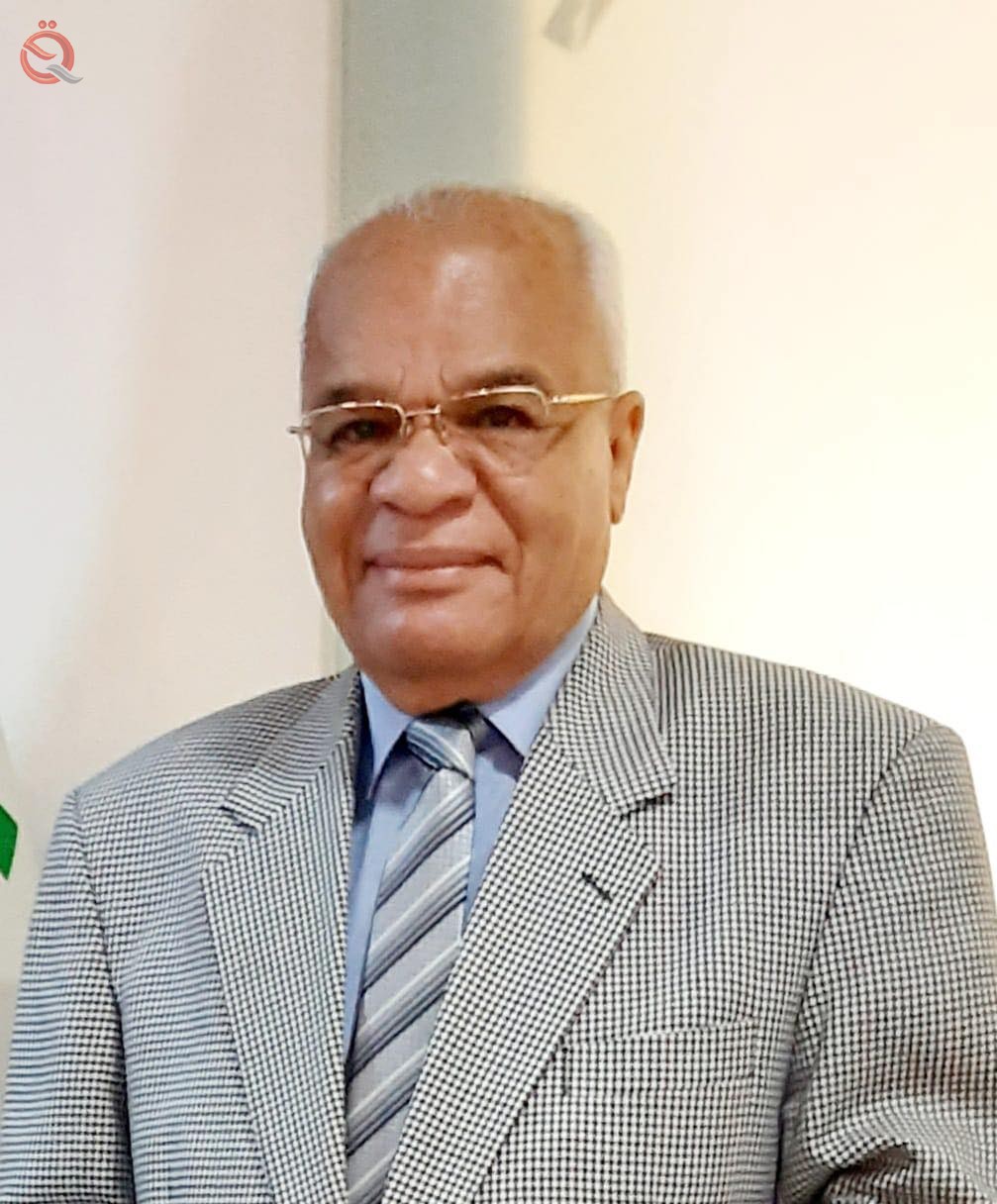 The year 2021 is approaching its end in complex, cumulative and complex political and economic conditions due to the many challenges facing our beloved country. Which stands as an obstacle to the implementation of the plans of the government and the private sector in the economic and financial reform, which were mentioned in the white paper. In addition to this are the effects of international economic variables, the slowdown in global economic growth, indicators of the economic conflict between America and China, the instability in global oil prices, ups and downs, and the repercussions of the Corona pandemic.

All of these subjective and objective repercussions did not prevent the Central Bank administration during the year 2021 from implementing its ambitious reform plan in overcoming the challenges of stability in the financial and monetary system and stimulating the economy with the aim of achieving economic stability. The Central Bank started its reform measures and initiatives in 2021 as follows: ‐

First - by launching its second strategy for the years (2021-2023) in conjunction with the strategy for economic and financial reform that the government adopted in the white paper. The new strategy drew a clear roadmap of goals and policies for a period of three years, and set the main goals as 15 goals and the sub-objectives at 75 goals, and charted the way for banking reform in accordance with the following main goals:-

2- Enhancing and strengthening the banking sector and financial institutions.

3- Enhancing digital transformation in the central bank and the banking sector.

4- Developing the organizational structure and human resources of the Central Bank.

5- Activating and integrating the internal and external relations of the Central Bank.

Secondly - the focus was also on controlling the new exchange rate of the Iraqi dinar and fixing it as a clear goal during the year through several measures, most notably issuing new instructions for buying and selling foreign currency for the year 2021, which are new instructions to banks and exchange companies and mediating the sale and purchase of authorized foreign currencies. The instructions are based on Central Bank Law No. 56 of 2004 amended and aims to strengthen the role of the banking system and non-bank financial institutions in securing foreign currency to the beneficiaries and controlling its movement internally and externally, leading to control and maintaining the stability of the exchange rate and compliance with the requirements of the Anti-Money Laundering and Terrorist Financing Law No. 39 of 2015

The Central Bank took many measures and initiatives to stimulate the economy and revitalize the economic cycle, which contributed during the year to controlling the target exchange rate for the public, which is (1470) dinars against the US dollar. Therefore, the new instructions regulate the process of selling foreign currency in the currency window, through which it will be implemented to maintain the stability of the exchange rate, control the movement of foreign currency locally and internationally, and abide by international standards for compliance rules and combating money laundering and terrorist financing.

And let us not forget here how the US dollar devoured the local currencies of neighboring and regional countries, which suffered from a circumstance similar to that of Iraq, such as Iran, Turkey, Lebanon and Syria

Where the local currency collapsed in very large proportions.

While the Iraqi dinar exchange rate stabilized within the target rate of the Central Bank, which was specified in its statement in December 2020, despite the speculation in the market.

In which the reasons for the decision to amend the exchange rate were clearly indicated, which are as follows:-

1- It is the structural distortions in the Iraqi economy that have impoverished public finances and restricted the reform capacity that the government and the Ministry of Finance are seeking.

It is no coincidence that the financial situation is so bad, but it took root more than a decade and a half ago due to the political leadership of the economy, the priority of political thinking over economic thought, development priorities and the rules of the relationship. Thus, fiscal policy failed to perform its roles, and monetary policy was preoccupied with restoring the confused financial policy outcomes.

2- The dependence of the economic and financial policy on the ambitions and concerns of politicians has led to the latest accepted models of financial management in Iraq, and the role of that administration has been limited to distributing oil resources to life-sustaining requirements such as salaries and operational requirements.

3- Because of these combined conditions, the Central Bank had no choice but to intervene on more than one occasion to support public finances and save critical public spending requirements.

This requires the government's direction to support the vulnerable groups, who will inevitably be directly affected, especially by any measure to change the exchange rate.

5- The legislative authority will have an important role in supporting the Central Bank’s direction to adjust the foreign exchange rate, as failure to take such a decision may make us obliged to take difficult decisions that may put Iraq in a situation similar to what neighboring countries have been exposed to.

It should also be emphasized here that this change (devaluation) in the value of the Iraqi dinar will be for one time only and will not be repeated.

6- The financial crisis that Iraq was exposed to due to the Corona pandemic and the resulting deterioration in oil prices and the decline in oil revenues, this led to a large deficit in the general budget and the Ministry of Finance was forced to borrow from banks and re-discount them with the Central Bank in large amounts, for the purpose of paying salaries. And meet other spending needs related to services provided to citizens.

Indicators and official data indicate the success of the Central Bank’s economic and lending initiatives, which are a number of reform measures planned and put into practice by the Central Bank, which were accompanied by the decision to reduce the exchange rate of the dinar in order to alleviate the burdens that citizens with low incomes are expected to suffer and for the purpose of creating monetary balance in the market Trading and facing the repercussions that can occur as a general situation facing countries that reduce the exchange rate of their local currency and investing in positive cases to strengthen the financial position of the government, reduce the budget deficit and overcome the causes of internal and external borrowing, in addition to protecting and supporting the local product. Governmental and private banks have contributed to the implementation of the aforementioned Central Bank initiatives In the above, with all care and accuracy, which led to achieving good results regarding activating, facilitating and simplifying procedures to increase financing and loans for small, medium and housing projects, individuals and companies.

Fourth ‐ At the level of developing banking work and increasing it

The percentage of financial inclusion, where a growth of up to 50% was achieved in the new opened accounts, and the number of accounts reached 6 million.

It also implemented the second central bank strategy regarding the development of electronic payment systems and the transition to the cashless society. The number of ATMs operating in our banks reached (1,170) tellers and points of sale with up to (4) thousand points of sale, and the number of activated bank cards reached (12) million cards and activated electronic wallets With a limit of (3) million and (500) thousand portfolios, and the other important aspect that was achieved in 2021 is the commitment to international rules and standards for compliance, anti-money laundering, financial reporting and risk management.

Fifth- At the level of external banking relations and building banking cooperation and coordination relations with banks of Arab and regional countries based on continuous and permanent communication with the governors of banks and financial and banking institutions in these countries based on drawing a road map and reaching agreements and understandings with the Saudi Central Bank and financial institutions in a way that enhances transactions Banking relations between the two sides and benefit from the successful experiences in both countries and to enhance and activate cooperation with the Central Bank of Turkey to discuss the development of banking and financial relations and the development of banking relations between the two countries, and support the opening of branches of Iraqi banks in Turkey and the opening of mutual accounts, which contributes to the development of commercial relations between the two countries on the basis of transaction Likewise.

Inviting the Turkish Central Bank to provide facilities to Iraqi banks to facilitate the settlement of the trade balance between the two countries and the transfer of funds belonging to Iraqis residing in Turkey.

All of the above measures that the Central Bank accomplished in extremely complex economic conditions are considered important achievements that were achieved in 2021, and the Bank is moving at a steady pace to implement its new strategic goals until 2023 to achieve overcoming the challenges of the financial system and the monetary system on the path to achieving complete economic stability.