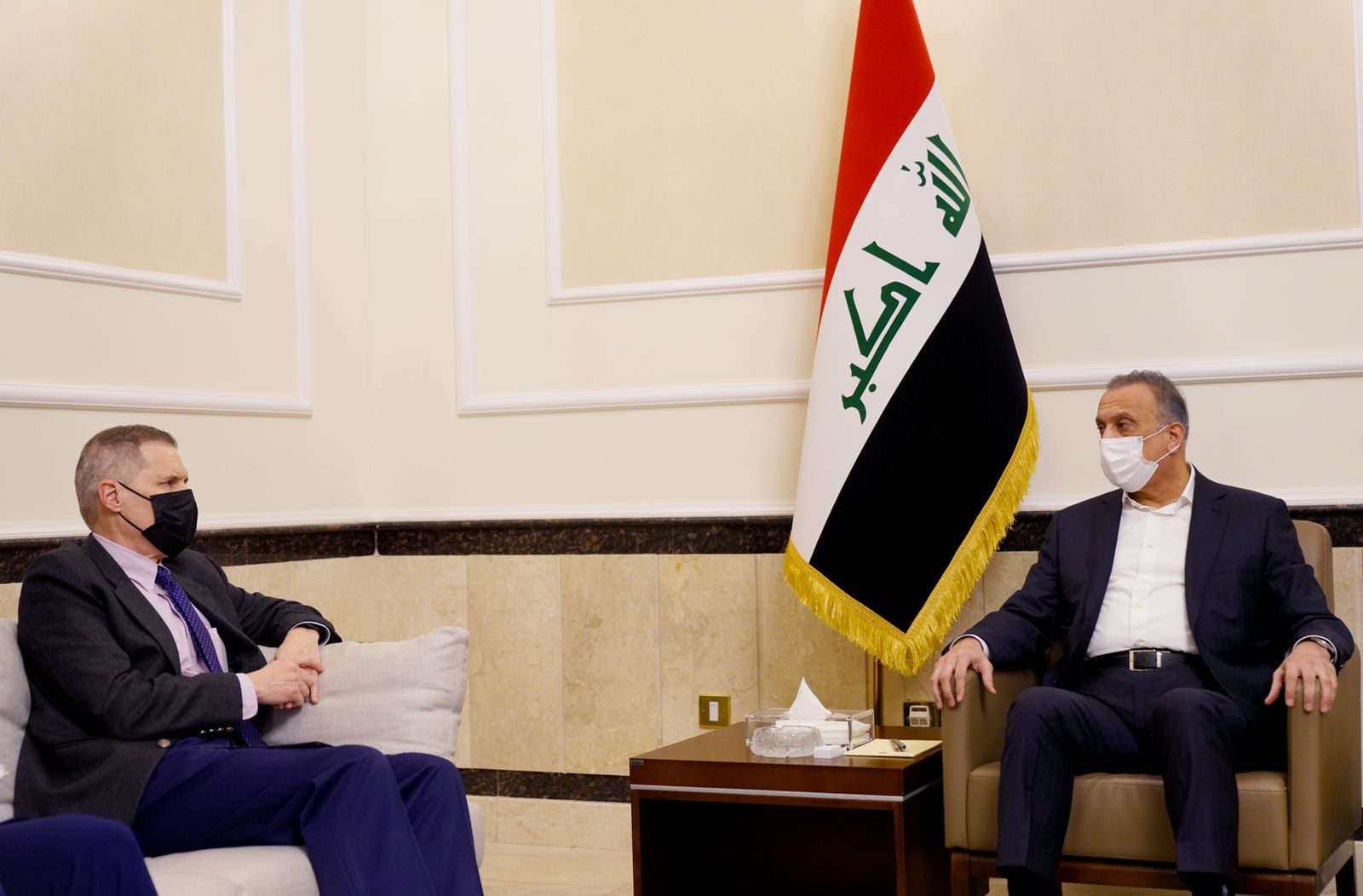 According to a readout issued by his bureau, al-Kadhimi discussed with his guest ways to enhance the cooperation and partnership prospects between Baghdad and Washington, the latest updates on the security situation in the region, and Iraq's growing role in bolstering the regional security and stability.

The meeting touched upon the progress shifting the combat mission of the Coalition forces in the country to consultation, training, and endorsement.