HF: What the Firebrand Cleric’s Growing Strength Means for American Policy in Iraq?

HF: What the Firebrand Cleric’s Growing Strength Means for American Policy in Iraq? 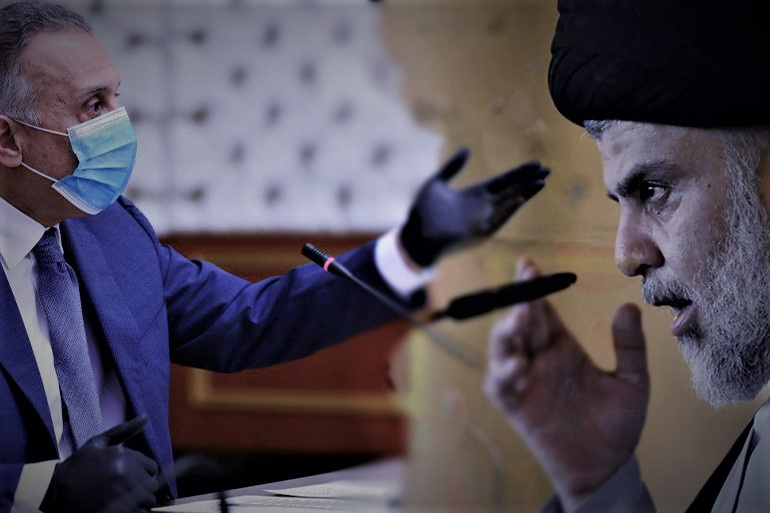 Shafaq News/ A report by "The Heritage Foundation" (HF) said that the US shall focus on two main objectives in Iraq, "counter Iranian influence" and "combat radical Islamists," showing optimism that the official results of Iraq’s recent parliamentary elections create an opportunity for the U.S. to advance these objectives.

The big winner was Muqtada al-Sadr, a nationalist Shiite cleric and firebrand. His Sadrist Movement gained 20 seats to increase its total to 73 seats out of 329, while the pro-Iran Fateh bloc lost 31 seats for a total of 17.

The results of the Oct. 10 elections sparked immediate backlash from pro-Iran factions, which led to unrest and an assassination attempt against Iraqi Prime Minister Mustafa al-Kadhimi early last month.

But Iraq’s electoral commission on Tuesday confirmed the election results. The outcome gives Sadr the biggest bloc in Iraq’s parliament and thus the largest say in forming a government.

Sadr is well known to American policymakers, especially since he led militia forces against U.S. troops in the earlier days of the Iraq War. However, Sadr has since become more aligned with American objectives in Iraq and likely will serve as a kingmaker by leveraging his electoral majority to nominate the U.S.-friendly Kadhimi to continue as prime minister.

The son of a prominent Shia cleric, Sadr gained a cultlike following in 2004 while leading the so-called Mahdi army against U.S. forces in central and southern Iraq. Throughout the Iraq War, Sadr received training, supplies, and financing to combat U.S. forces from the terrorist organizations Hezbollah and Quds Force, the latter a branch of Iran’s Revolutionary Guard.

However, as Sadr’s Mahdi army weakened under U.S. pressure, he fled in 2008 to Qom, Iran to bolster his religious credentials at a prominent Shiite clerical center. He returned to Iraq and reentered the political scene in 2011 after striking a deal with Iran’s preferred candidate for Iraqi prime minister, Nouri al-Maliki.

However, the Maliki-Sadr alliance proved short-lived. By 2014, Sadr openly opposed the Maliki government, calling Maliki a “dictator who runs an authoritarian tyranny.”

Deteriorating security conditions that year presented the perfect opportunity for Sadr to strengthen his popular base. With Iraqi security forces unable to stop advances by the Islamic State terrorist group, also know as ISIS, Sadr and other Shia Muslims in contested areas formed paramilitary forces known as the Popular Mobilization Forces.

These groups ultimately turned the tide against ISIS in Iraq. Following the territorial defeat of the terrorist group in 2019, the Popular Mobilization Forces were expected to integrate into Iraq’s military establishment.

Sadr’s force, known as the Peace Brigades, integrated with the Iraqi armed forces but remain an autonomous unit under the direct control of the prime minister. Others, particularly Iranian-backed Popular Mobilization Forces, resisted and remain outside the control of the Iraqi government.

The integration of Sadr’s Peace Brigades increased his popularity in Iraqi politics. Since 2019, his political organization, the Sadrist Movement, quietly has expanded his influence across state institutions in the past two years.

Although Sadr’s anti-Iran stance and proximity to Kadhimi could make him an important actor to advance U.S. objectives in Iraq, he remains a tricky figure for America. In 2004, Sadr was responsible for the deaths of countless American and coalition troops, but also became an important partner for the U.S.-led coalition in defeating ISIS.

There are signs, however, that Sadr has become more pragmatic. He has stated that all foreign embassies are welcome, including that of the United States, so long as they “do not interfere in Iraqi affairs and government formation.”

Sadr also has encouraged better relations with Saudi Arabia and the United Arab Emirates, both of which have friendly ties with the U.S. He has echoed calls to rein in militia groups that weren’t responsive to previous decrees issued by Iraqi prime ministers, saying that weapons “should be controlled by the state only.”

Although it’s not clear how much influence Sadr retains with his former Peace Brigades, he previously acknowledged that militias are not good for state-building and therefore must be integrated into existing security frameworks to create a more unified, cohesive Iraq.

Washington must take a sophisticated and nuanced foreign policy approach to Iraq, a country with economic, social, and political challenges situated in one of the world’s most complicated regions.

Sadr’s opposition to Iranian domination of Iraq and his political majority in parliament make him a critical partner to bring Kadhimi back to power.

Then, Kadhimi could take steps to reposition Iraq as a counterweight to Iran, rather than a subservient client state.

This piece originally appeared in The Heritage Foundation