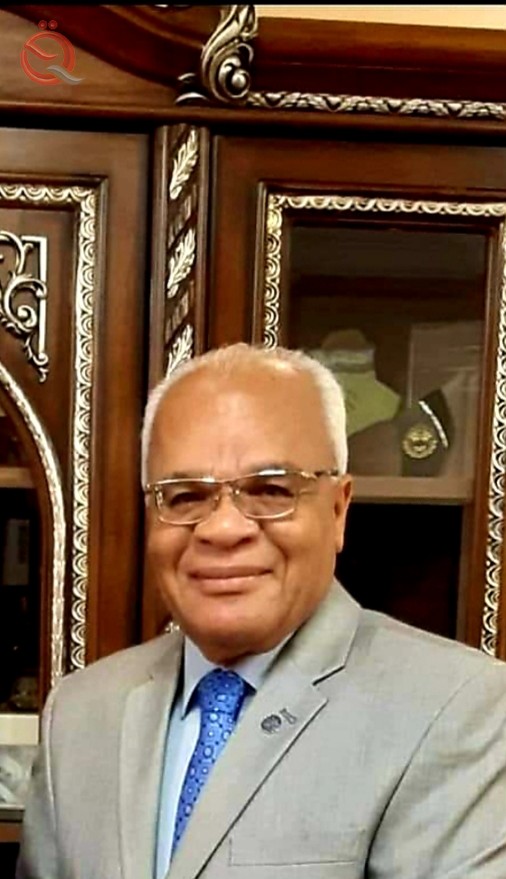 In addition to Iraq’s suffering, its special circumstances, dispersal of policies, lack of planning, ambiguity and confusion in the methodological vision of managing the economy, which led the government to diagnose the requirements for overcoming that suffering by drawing its strategy for the next three and five years in the white paper. Since the Central Bank is primarily responsible for monetary policy and its applications that contribute to achieving economic stability and overcoming the challenges of instability in the financial system due to the lack of clarity in financial policies, one of the most important tasks of the Central Bank in these two years 2020 and 2021 at the local level was to restore balance in the market Stimulating the economy, revitalizing the economic cycle, and facing the repercussions of reducing the Iraqi dinar exchange rate on low-income groups.

By launching the many financing and lending initiatives and activating the procedures for applying monetary policy and at the external level, building banking cooperation and coordination relations with the banks of Arab and regional countries based on continuous and permanent communication with the governors of banks and financial and banking institutions in these countries, starting with charting a promising economic and financial future with them. Therefore, these relations culminated in activating the banking relations with the Saudi side by visiting the Governor and his accompanying banking delegation and reaching agreements and understandings with the Saudi Central Bank and financial institutions in a way that enhances banking transactions between the two sides and benefit from the successful experiences in both countries.

In continuation of this approach, the meetings of the Governor, the banking delegation formed by the Central Bank, the Association of Banks and a number of heads of boards of directors of private banks continued over the past few days to discuss ways of banking cooperation between the Central Bank of Iraq, the Turkish Central Bank and the Turkish Licensing and Supervision Authority, which had previously been discussed in Baghdad in the presence of the Ambassador The Turkish and the regional managers of the Turkish banks operating in Iraq, which contributed to diagnosing the problems of the daily banking work of the branches of Turkish banks and the efforts of the Central Bank to overcome them and facilitate the work of Turkish banks operating in Iraq. Turkey’s meetings resulted in the following:-

1‐ The necessity of establishing a joint mechanism for cooperation with the Central Bank of Turkey to regulate the control, control and supervision of banking transactions for the broad commercial exchange between the two countries through the banking system.

2‐ The Central Bank expressed its readiness to overcome the observations and difficulties facing Turkish banks in Iraq and to provide them with flexibility and exceptions regarding the instructions issued by the bank in the field of foreign transfers and crude oil credits.

3- Opening channels of understanding and cooperation with Turkish banks to implement banking operations between the two countries.

4‐ Requesting the Turkish Central Bank to cooperate in facilitating the opening of branches of Iraqi banks in Turkey that are nominated by the Central Bank of Iraq, and to be treated in the same way we deal with their branches in Iraq.

Inviting the Turkish Central Bank to provide facilities to Iraqi banks to facilitate the settlement of the trade balance between the two countries and the transfer of funds belonging to Iraqis residing in Turkey.

The Governor of the Central Bank of Turkey praised the efforts made by the Central Bank of Iraq in developing the national economy, stressing that he is ready to open the doors of cooperation and facilitate banking operations between the two countries.

Similar topics
» The Central Bank is a committee to open relations with Arab and foreign banks
» THE ARAB MONETARY FUND, THE INTERNATIONAL MONETARY FUND, AND THE WORLD BANK LAUNCH THE SECOND REPORT ON THE DECLINE OF CORRESPONDENT BANKING RELATIONS WITH BANKS AND FINANCIAL INSTITUTIONS IN THE ARAB COUNTRIES
» The Governor of the Central Bank discusses with the management of the Central Bank of Saudi Arabia cooperation in the external banking sector
» Saleh calls for Arab economic integration based on an integrated banking system
» THE ARAB MONETARY FUND CONFIRMS THE COMMITMENT AND KEENNESS OF ARAB CENTRAL BANKS TO PROVIDE A REGIONAL PLATFORM FOR CLEARING AND SETTLING ARAB PAYMENTS