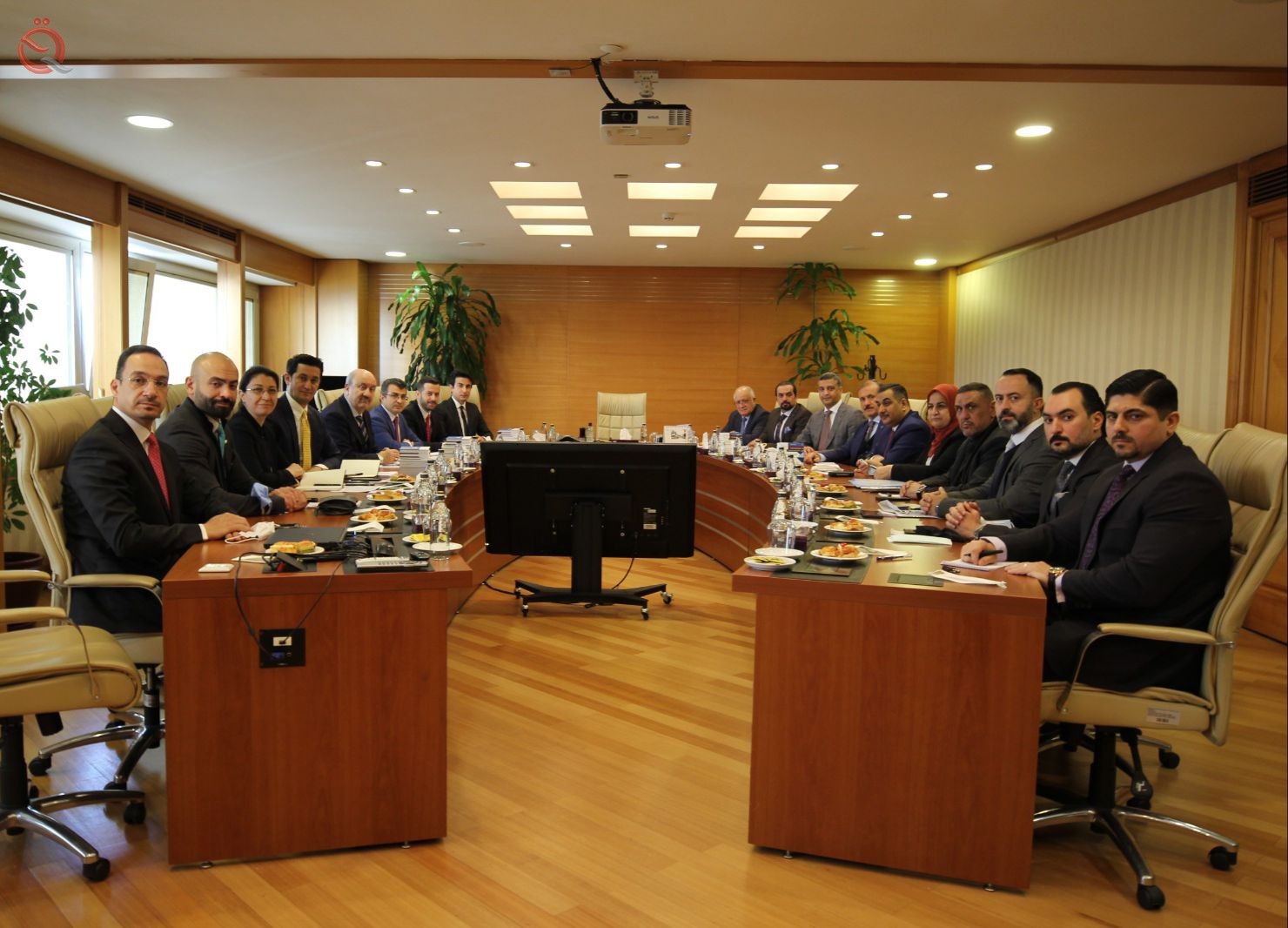 Today, Friday, the Governor of the Central Bank of Iraq, Mustafa Ghaleb Mikheib, met the head of the Banking Licensing and Supervision Authority in Turkey, Mehmet Akban, on the sidelines of the invitation addressed to him by the Turkish Central Bank during his official visit to the Republic of Turkey, accompanied by a number of heads of Iraqi private bank boards .

The two parties discussed the importance of joint interaction and the exchange of experiences between Iraq and Turkey, and His Excellency stressed the need to develop banking relations between Iraqi and Turkish financial institutions, in addition to supporting Iraqi banks wishing to open branches in Turkey in accordance with the principle of reciprocity, as well as stimulating the branches of licensed Turkish banks in Iraq to Develop its business and presence in the Iraqi market .

His Excellency the Governor of the Central Bank of Iraq said that the Iraqi economy is achieving good growth, according to the indicators issued by international institutions such as the International Monetary Fund and the World Bank, and therefore Iraqi banks have the ability and ability to be present in more than one country such as Turkey and others, adding that the Central Bank worked throughout the period. The past has supported the economy through banks, and this helped in the development of Iraqi banks .

On the sidelines of the meetings, representatives of Iraqi banks met with major Turkish banks and discussed banking relations and future cooperation to serve the two countries.