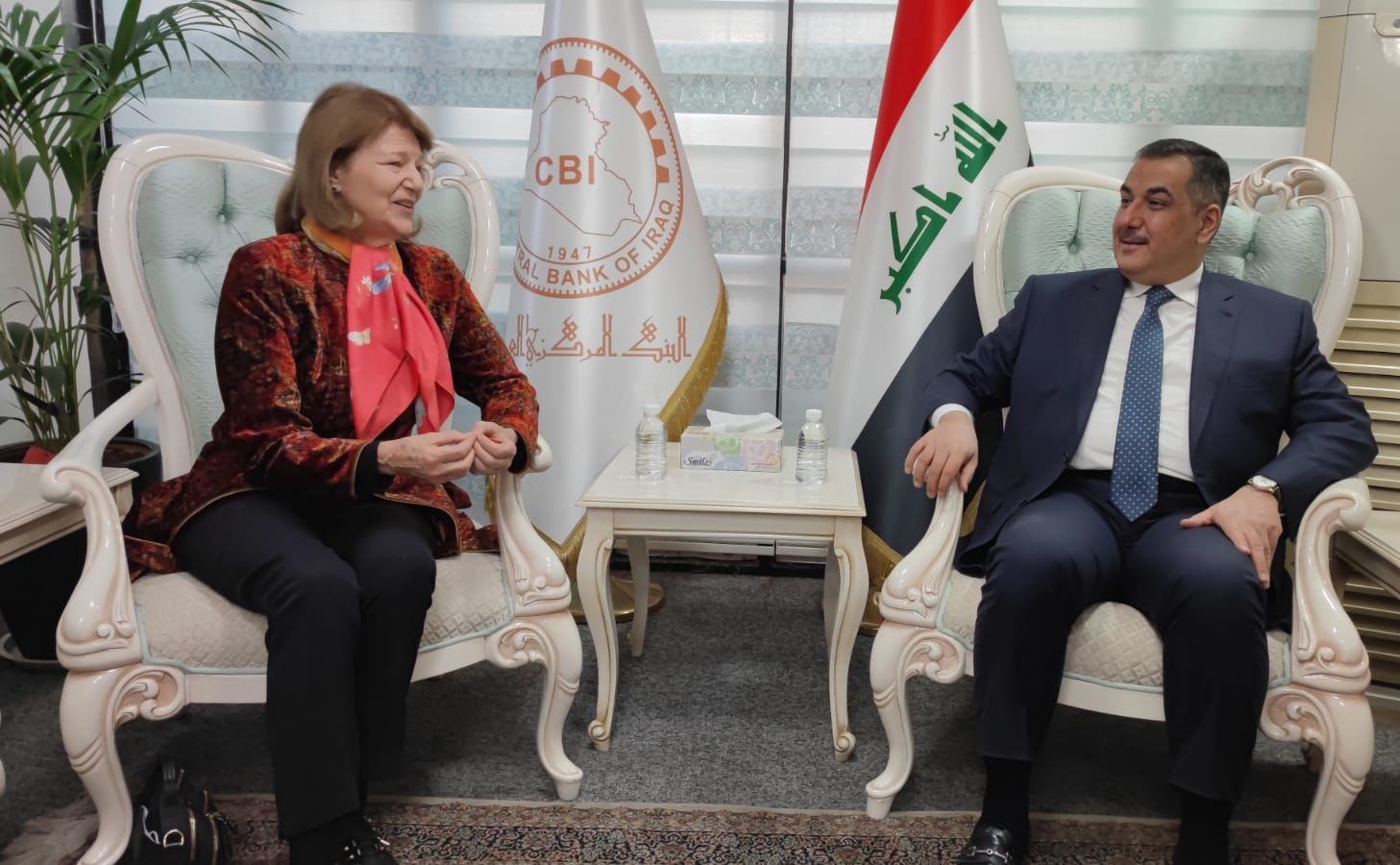 His Excellency the Governor of the Central Bank of Iraq, Professor (Mustafa Ghali Makheeb), received His Excellency Baroness (Emma Nicholson) and the

meeting discussed ways to support the Iraqi banking sector, where Baroness Nicholson invited His Excellency and the banks to participate in a specialized conference in Britain.

Her Excellency also praised the new building of the Central Bank and the aesthetic and architectural value that it will add to Baghdad.

For his part, the Governor reviewed part of the Central Bank's efforts to reform the banking sector and the bank's roles in launching a number of initiatives to support the Iraqi economy, stimulate the real sector and employ the unemployed.

It is noteworthy that Baroness Nicholson has been interested in the Iraqi issue since the nineties of the last century. She founded a charitable organization called (Ammar) to help children affected by the wars in Iraq.

It aims to bring together institutions, businessmen and investors for the benefit of Iraq.

The center includes a large number of international commercial institutions.

Page 1 of 1
Permissions in this forum:
You cannot reply to topics in this forum
Who is online?
In total there are 84 users online :: 2 Registered, 0 Hidden and 82 Guests :: 3 Bots