Schneider: renewable resources is the solution for Iraq's energy problem

Schneider: renewable resources is the solution for Iraq's energy problem 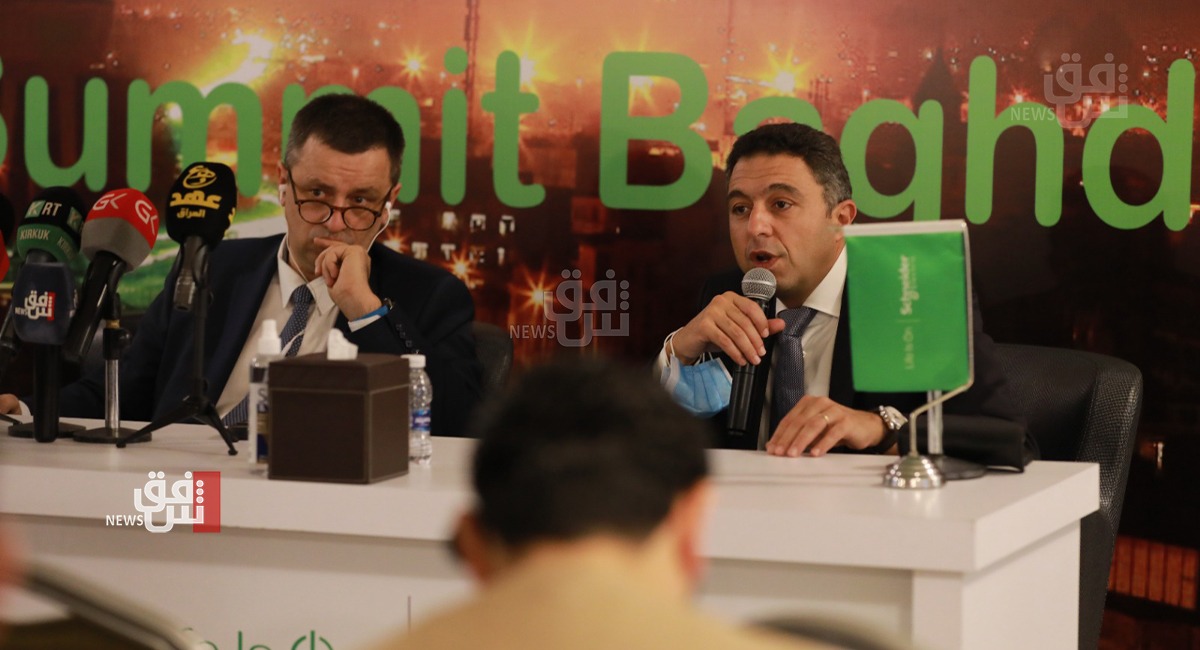 In a press conference held in Babel Hotel, Walid Shati, the director of Schneider Electric-MENA, said, "we have many projects in the fields of electricity and internet. We have a local team stationed in Erbil and Basra."

"The company operates in the gas and oil sector in Basra. We are considering expanding the exploration efforts there. We also made larger contributions to the electricity production and distribution last year."

"The company is not engaged in electricity production, but rather contributes to its development. We are specialized in developing and bringing advanced technology."

"All parts of Iraq have become pivotal. We have a long history with local and international oil companies, and we have the competence to develop oil fields. We plan to develop competencies to operate factories."

"The company has been in Iraq for 40 years. We have a project that spans three years. We have built more than 100 stations for the Iraqi Ministry of Electricity."

"Iraq still relies on fossils to produce energy," he noted, "wind and other renewable and clean energy sources will produce about 80% of the energy in the future."

He added, "Distribution is the most difficult link in energy, close to consumption, and most of the problems are in distribution, which is the specialty in which the company operates."

For his part, Emra Takdemir, Schneider's executive in Iraq, said, "Schneider develops a technology that contributes to sustainable energy...It is known for its aptitude in the electricity sector. We contribute to the efficiency of infrastructure."

"The Iraqi and French governments have worked together in electricity projects. Some plants were built from the budget of the Ministry of Electricity; some others were joint projects."