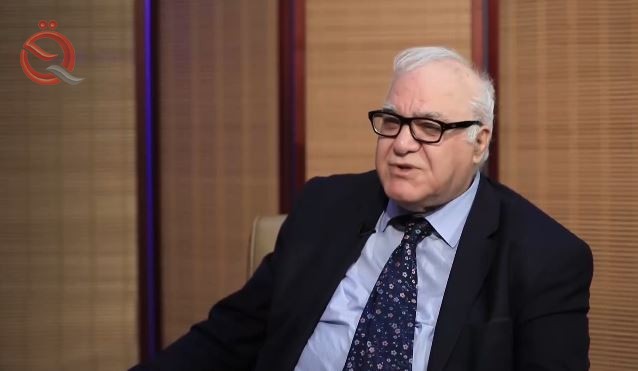 Today, Tuesday, Adviser to the Prime Minister for Financial Affairs, Mazhar Muhammad Salih, identified a set of measures that included the sustainability of Iraqi economic growth, while stressing the need to launch a package of measures that encourage civil activity to invest and produce.

Saleh said in an interview with the Iraqi News Agency, and followed by "Al-Iqtisad News", that "what matters today is the accelerated growth in the energy sector, whose contribution to the gross domestic product constitutes approximately 45% of it, and its direct and indirect effects extend to the activity of the national economy and the business cycle in Iraq by a rate of More than 80% due to the positive effects resulting from the rise in oil prices and the increase in the quantities produced and exported of crude oil under OPEC.

He added that "the launch of real investments in support, formation and building of productive capital wealth will remain in the forefront to maintain the sustainability of the achieved positive economic growth, which was initiated by the construction sector under the influence and urging of the initiative of the Central Bank of Iraq to provide nearly 2 trillion dinars that went to finance the housing activity, which is the activity He is really responsible for employing about 20% of the Iraqi labor force, in addition to the growing insistence shown by the Iraqi agricultural activity in supporting the basic food security of Iraq despite the water scarcity, and all this contributed to making the growth rate in the gross domestic product exceed the growth rate of the population, which is A positive indicator in the tendency towards the welfare of society.

He stressed that "preserving the strength of positive tendencies in the investment spending policy or the so-called (investment accelerators) should take the priorities of the government's economic approach by sustaining the momentum of procedures and policies that stimulate investment, especially at the level of care in implementing government projects related to infrastructure and previously suspended, As well as supporting the financing activity of the private sector in conducting its investment activities and launching its initiatives without bureaucratic stumbles here and there.

Saleh considered it "an appropriate opportunity to re-examine the policies and procedures related to encouraging national investment, especially private investment, in one package that helps lift administrative restrictions that are useless to the aforementioned activity and facilitate the business environment with effective government decisions that end in expanding the base of tax flexibility, as happened in the recent cabinet decision and others, and mitigating of all administrative restrictions, as well as adopting the best administrative and executive steps that must be followed in transforming the economic surpluses in the national economy (represented in the strength of the economy’s liquidity) into dynamics that lead to real investment as important financial levers available for use in spending on development and the operation of production factors that lead to sustainability national income growth.

He stressed, "the necessity of launching a package of measures that encourages civil activity in investment and production immediately with the strong support of the government's economic policy in everything related to improving the business environment and supporting the sustainability of growth in the national product and with flexible, effective and discreet procedural policies taken by the responsible government sectoral agencies."

Similar topics
» An American-Iraqi strategic dialogue: a matter of interests and expectations
» Al-Kazemi advisor outlines the advantages of removing Iraq from the list of high-risk countries for money laundering
» Al-Kazemi's advisor puts forward a proposal to double growth rates
» Financial Advisor to Al-Kazemi: This is what Iraq needs to get out of its economic crisis
» Iraqi Parliament supports the Central Bank's measures to ensure the stability of the dinar