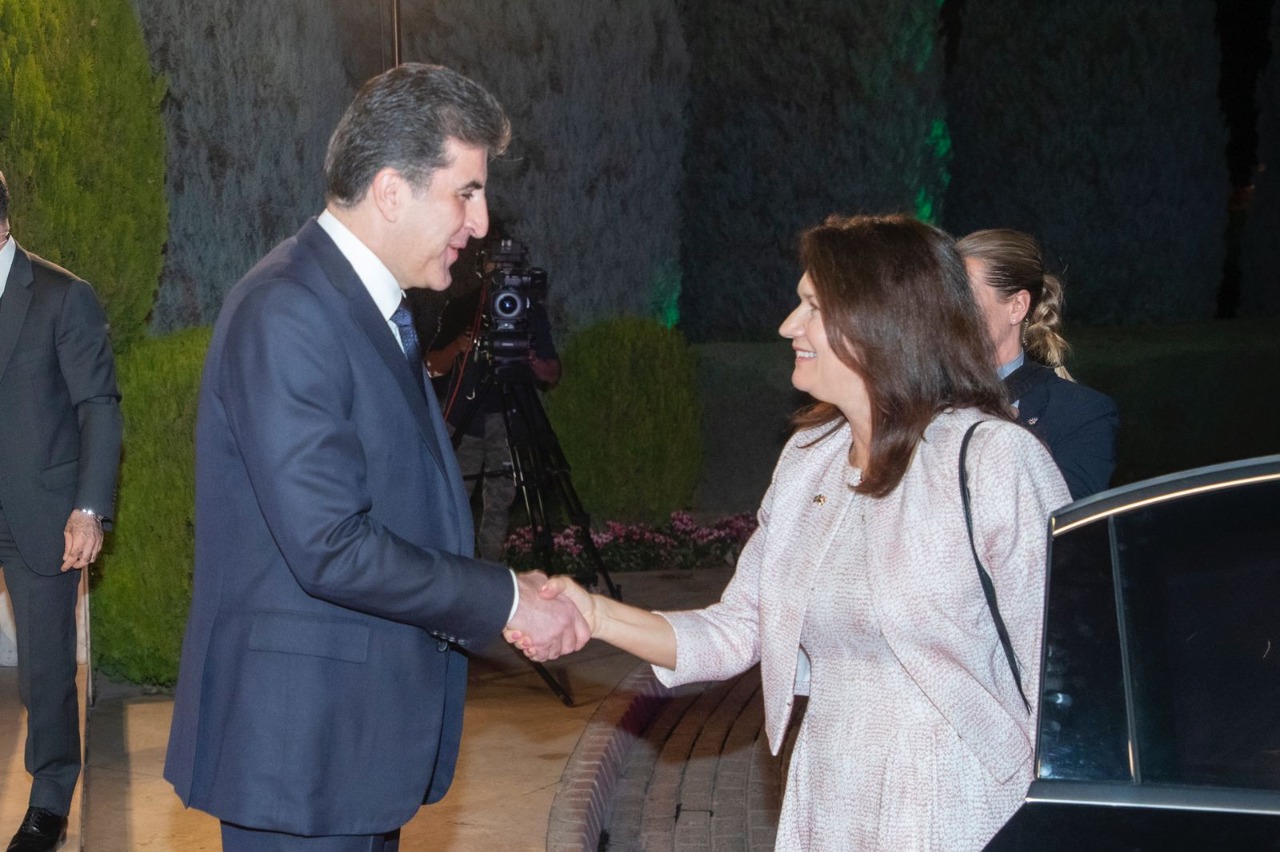 The meeting covered a wide range of pressing issues including the developments in Iraq, the recent parliamentary elections in the country and the election results, Sweden’s relations with Iraq and the Kurdistan Region, investment opportunities for Swedish businesses in the Kurdistan Region, the status of the refugees, the condition of al-Hawl refugee camp in Syria and the threats posed by ISIS networks.

Discussions also focused on the democratic process, human rights, civil liberties, gender equality, the judicial system in Iraq and the Kurdistan Region, the climate change and its growing implications especially for Iraq.

President Nechirvan Barzani and Foreign Minister Linde reiterated the importance of political stability in Iraq and reaching a common understanding among parties on the future of the political process in the country and settling any dispute regarding the election results through legal channels. They expressed hope that the upcoming Iraqi government, based on the election results, will address and meet the demands and expectations of citizens in Iraq for a better livelihood and improved public services.

The President and the Foreign Minister exchanged views on the importance of the continuing efforts to improve the conditions for women in Iraq and the Kurdistan Region and their broader and more active participation in the political process and governance. Preserving democratic principles, liberties, human rights, equality and enhancing the judiciary system were underlined.

The relations between Erbil and Baghdad, relations between the Kurdistan Region and neighboring countries, ongoing efforts to bring ISIS terrorists to justice, the latest developments in the wider region and other topics of mutual interest were also highlighted.