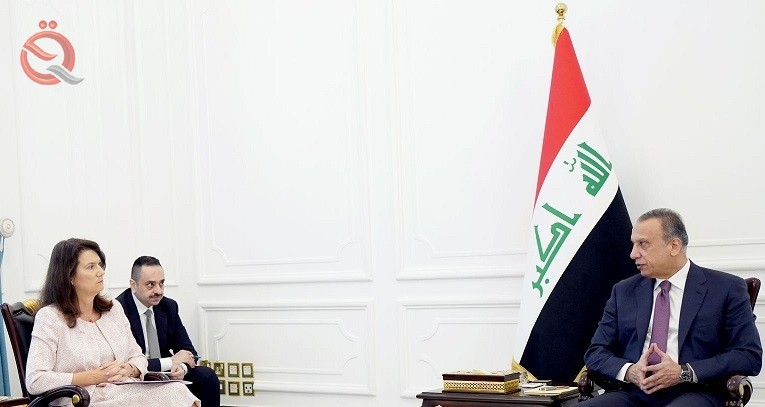 Prime Minister Mustafa Al-Kazemi stressed, on Monday, providing the necessary facilities for the work of Swedish companies inside Iraq.

And his media office stated, in a statement received by "Al-Iqtisad News", that "Al-Kazemi, received the Swedish Minister of Foreign Affairs, Ann Linde, and the accompanying delegation."

He explained, "The meeting discussed bilateral relations between the two countries, developing joint cooperation between Baghdad and Stockholm, as well as discussing the Iraqi regional and international role, and following up on the decisions of the Baghdad Conference for Cooperation and Partnership, and how to proceed with their implementation."

He added, "The meeting also witnessed a discussion of the file of terrorist crimes committed by ISIS gangs inside Iraq, and the emphasis on holding the perpetrators accountable, as well as supporting the liberated areas."

Al-Kazemi stressed, "the need to develop cooperation relations between Iraq, Sweden and the European Union, especially in the security field and the war against ISIS terrorist gangs, as well as in the field of investment and providing the necessary facilities for the work of Swedish companies inside Iraq."

The Swedish Foreign Minister conveyed the "greetings of the Swedish government to the Prime Minister," praising "the regional role of the Iraqi government in promoting stability in the region by adopting the means of dialogue and calm."

And Lindy expressed, "Her country's aspiration for more bilateral cooperation between Iraq and Sweden in various fields and levels."