The interest and inflation syndromes in the contemporary economy

The interest and inflation syndromes in the contemporary economy 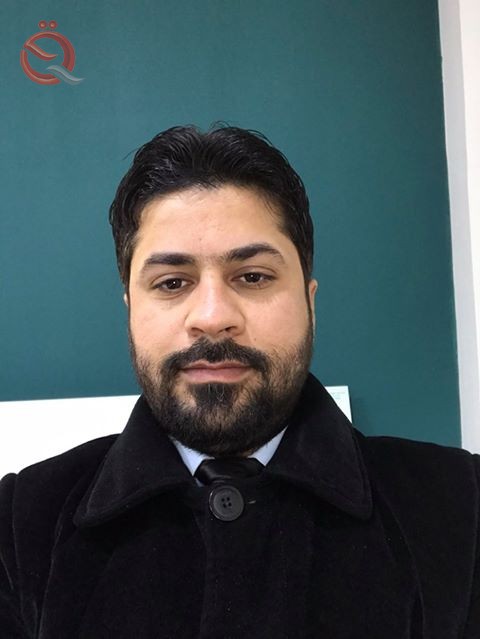 Addressing the phenomenon of inflation (up and down) is the responsibility of the Central Bank, as the Central Bank intervenes in achieving economic stability after it incurs a state of economic fluctuations from stagnation or inflation, and this was reflected in the financial crisis in 2008, as it became stimulated (high) inflation towards the target Target (2%) is the obstacle to getting out of the crisis at that time.

As the economy goes through a phase of overheating, meaning that the actual GDP is greater than the planned, this calls for the central intervention by raising the interest rate at specific and experimentally calculated levels, thus affecting the levels of money supply, while the opposite in the case of deflation ( PGDP > RGDP ) the central bank intervenes by By reducing interest rates to influence the real interest and stimulate the economy towards expansion.

In general, the expansion in the volume of economic activity is usually accompanied by inflationary pressures, through the inverse relationship between interest and investment, and therefore this requires a reduction in the money supply by raising the interest rate by the central bank, which would restrain investors in requesting additional investments. And the opposite happens if the central bank wanted to cut interest rates to motivate investors to increase their investments and get out of the quagmire of economic stagnation.

This process was used by central banks, especially in England and the United States, until the end of the mid-eighties of the last century, after which a group of economists noticed that the state of exit from economic stagnation through the use of an expansionary monetary policy by the monetary authority tool (interest, money supply) , calls for an increase in the demand for money for the purposes of transactions by the public, and this led to the return of the interest rate to its original state - before the reduction - which worked to cancel the expansionary effect of monetary policy, as is the case when using a contractionary monetary policy (increasing interest) to reduce inflation.

As this matter necessitated that the effect on curbing inflation should be through two steps in the same direction and time, which is to change the interest rate and then search for the amount of money (money supply) that can be changed or withdrawn to deal with the inflationary effect, in a more precise sense that the matter requires changing the interest rate from Through open market operations (buying and selling government bonds), which leads to bypassing the effect that cancels out the initial (original) effect before the change in the interest rate occurs.

Here, it should be noted that the rate of interest slowing down inflation must be higher than the level of nominal inflation, as it deals with the real interest that has an impact on the business market.

In Turkey, inflation has reached about (20%), which is an unbridled rise in the price level. Therefore, the process of curbing inflation requires the non-interference of government authorities in the decisions of the Turkish Central Bank, as it is natural for the Turkish Central Bank to use a strict monetary policy and move towards raising the interest rate. By about more than the inflation rate, at least by about (22%), and then the change in the money supply, and this would limit the volume of investments and thus lower the level of economic activity of the country, but with a closer look, we see that the ruling authority does not want that, This led to conflicting decisions between the two parties (the Turkish president and the former central bank governors, who were later removed), thus favoring the ruling authority represented by President (Erdogan), who sees in the process of stimulating economic activity (economic growth) at the expense of inflation that connects the economy Therefore, the Turkish government decided to set a planned growth rate of about (10%) to achieveEconomic expansion in 2021.

This has led to the deterioration of the Turkish currency by about a quarter of its value against the dollar this year, and at the same time it was also at the expense of reducing the interest rate twice, the last of which was (16%), which negatively affects Turkish citizens, and leads to additional incentives for the deterioration of the Turkish lira and the trend To exchange it for other currencies (the dollar, for example) or buy gold. The result is that this makes the dollar more attractive and pushes investments to flee emerging markets.

The Turkish government’s justification for all these pressures on the Central Bank of Turkey to reduce the interest rate comes through growth, especially in the export sector and major Turkish companies (private and public), especially since the export sector is directed towards a fertile market for its products, such as the Iraqi market that consumes more than (50%) ) of the volume of Turkish exports in the amount of about 23 billion dollars last October, and this matter has been reflected significantly (negatively) on the reality of the Iraqi economy, which was affected (and still is) by the rise in the phenomenon of imported inflation, as well as the decision to reduce the local currency (the Iraqi dinar) ) against the dollar in 2020.

As for Iraq, curbing the inflation phenomenon by raising the interest rate is not possible at all, for many reasons, including (the dominance of the three government banks by more than (85%) of the volume of money in the banking system (the Iraqi banking sector as a whole). Money is not taken into consideration by the Central Bank of Iraq. Moreover, the weakness of the flexibility of the production system and its unjustified deterioration, and the lack of diversification of the economy leading to diversification of the export sector and reducing dependence on a single resource (crude oil) led to the ineffectiveness of monetary policy and through Raising the interest rate to curb inflation in Iraq.

2- Anadolu Agency is available at the link:

Similar topics
» The contemporary economy of Iraq .. Where?
»  Iraqi economists: Violent environment reasons for the deterioration of economy, GDP, and rising inflation
» Head of the IMF mission's (term) interest peg to the dollar rather than a large reduction of the Iraqi economy
» Vietnam: Interest rates, inflation set to fall: central bank
»  Hadi: high rates of inflation in Iraq are slim; does not affect the economy