The Central Bank of Iraq celebrates its seventy-fourth anniversary

The Central Bank of Iraq celebrates its seventy-fourth anniversary 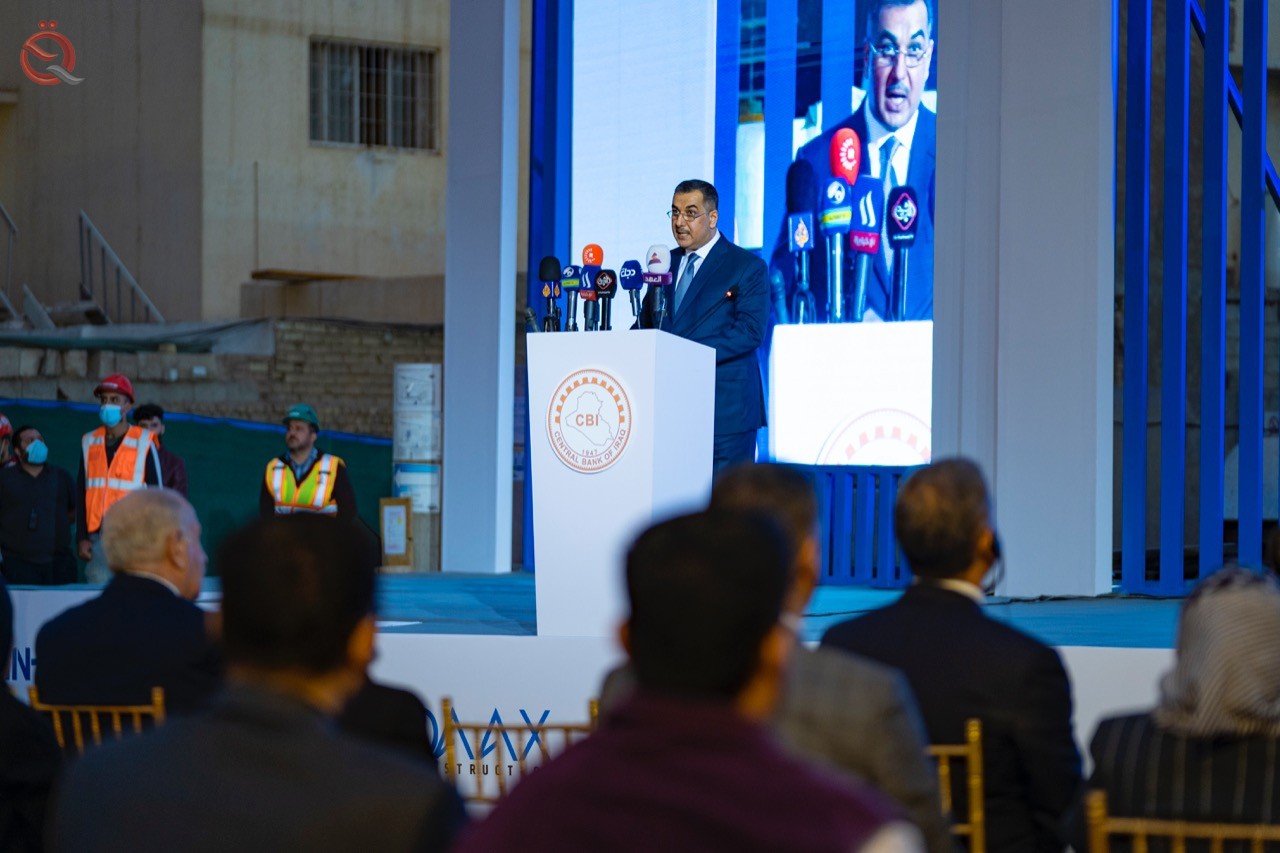 The Central Bank of Iraq celebrated the 74th anniversary of its founding and the completion of concrete works for the new Central Bank building in Baghdad.

The ceremony was attended by the former central bank governors Ali Al-Alaq, Abdul Basit Turki, the head of the National Investment Commission, Dr. Suha Al-Najjar, the head of the Iraqi Private Banks Association, Wadih Al-Handal, and a number of heads of bank boards.

The Governor of the Central Bank, Mustafa Ghaleb, said during his speech at the ceremony, that we celebrate today the anniversary of the founding of the Central Bank of Iraq, which was established in the year 1947 AD and is considered one of the oldest and most pioneering institutions in the region, which has been established for seventy-four years, during which great national efforts joined forces in serving the Iraqi national economy from Through commitment to a monetary policy based on national and moral responsibility, in coordination and continuous cooperation with the relevant state institutions despite all challenges.

He added that he is the best witness to the great effort of the Central Bank of Iraq, those development initiatives that it launched in the sectors of housing, industry, trade and agriculture, which brought about a turning point in the lives of millions and created job opportunities for many of the unemployed and victims of the exceptional conditions that our country went through.

He explained that the founding anniversary coincided with the completion of concrete works for the new Central Bank building, which is the largest building in Iraq designed by an Iraqi woman who rose to the throne of global architectural design and created unique architectural masterpieces in several countries, and our building will be another masterpiece recorded for this woman and a national pride for us and everyone who worked in this The project is for all Iraqis.

He pointed out that it is not possible to talk about this great achievement without going back to the origin of the story and the details of the event, as the first step was a decision by the Governor of the Central Bank at the time, Dr. Their choice was to go to the architect Zaha Hadid, who set out with her amazing design to plan the most beautiful and wonderful architectural and engineering arts, and then this building was born, and our Azerbaijani friends and those with them from our Turkish friends and those who helped them from other nationalities began to work with the determination of the Iraqis, connecting night and day to mix their experiences and efforts in this place.

He pointed out that the successive departments of the Bank have been keen since then to complete the phases of this project to be in the most beautiful form, as the height of the building reaches 173 meters and the construction area is 100,000 square meters, in which three thousand tons of iron have been placed, and its life is one hundred years, and it works with more than 1500 people from inside and outside Iraq.

And between Ghaleb, the material and human resources have combined to make a unique achievement in our dear Baghdad, and a promising transition has been established in the architectural culture and an invitation to invest in our beloved Iraq. The functions of the building will be like its boldness and its effects in imparting beauty to the public taste of the community. It is considered one of the landmarks of value and significance that humanity inherited to its ancestors and be proud It has generations after us as we are proud of today, and in conclusion, I extend my thanks and gratitude on behalf of myself and all the Central Bank employees and those working in this project to all those present who shared the joy with us on these two occasions.

For his part, the former Central Bank Governor, Dr. Sinan Al-Shabibi, confirmed in his message to the celebration, that this wonderful edifice, which I had the honor to present and adopt, is an authentic Iraqi edifice, an idea and a design. And she told me that she would fulfill her desire to leave an imprint for her in her mother country, Iraq.

Finally, I would like to extend my thanks and appreciation for the efforts made and made by the current Central Bank administration, headed by the Governor of the Central Bank of Iraq, to ​​complete this great project.