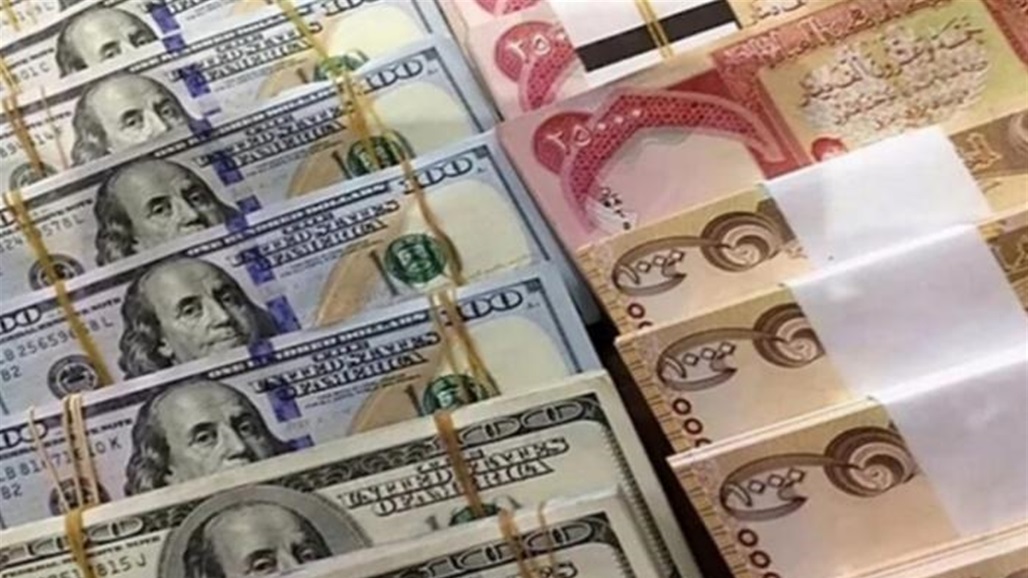 Today, Sunday, the Ministry of Finance confirmed that economic growth has begun to recover gradually, following the contraction of the Corona pandemic last year.

The ministry said in a statement received by Alsumaria Yanuz, that it "adopted the exchange rate to supplement national production, protect the central bank reserves and support the budget," noting that "the ministry has borne, during the past three years, the burdens of a stifling financial crisis that threatened the state's ability to fulfill its obligations that are already burdened with the burdens of a large legacy." Represented by the inflation rate of public spending and the rise in the wage bill, which threatened the insurance of the salaries of its employees, in light of a sharp drop in international oil prices and a dangerous health situation due to the consequences of the Corona pandemic on the national economy and its repercussions on the economic reality and the social fabric.

He explained, "The ministry continues to balance the need for prudent public financial management with its obligations to ensure the protection of the weakest and most needy groups, as well as the international community's support for policies Ministry of Finance Acknowledge everyone International Monetary FundAnd the World Bank manages public finances under very difficult conditions.”

According to the semi-annual report of the World Bank on the Iraqi economy, economic growth began to recover gradually in the wake of the downturn that afflicted it as a result of the Corona pandemic last year, and this is partly due to the increase in non-oil activity.

The report continued, “It is expected that the improvement in global oil market conditions will enhance economic growth in the medium term and transform financial and external balances into surpluses from 2021, to reverse the recent rise in debt,” noting that “the main downside risks are due to potential epidemiological developments, Volatility in oil prices, setbacks in the security situation, and impede the implementation of economic reform.

He pointed out that "IraqIt is one of the most oil-dependent countries in the world, and over the past decade, oil revenues accounted for more than 99% of its exports, 85% of the government budget, and 42% of GDP, which is an excessive dependence on oil that exposes the country to macroeconomic fluctuations. .

And he stated, "The Corona pandemic had a significant impact on Iraq's GDP in 2020, which shrank by 15.7%, and budget revenues shrank by 9% to reach 32% of GDP, which led to a sharp decline in public spending and investments. "Starting from January 2021, the unemployment rate has increased by more than 10% than it was before the pandemic, which was 12.7%."

He continued, "At a time when economic conditions in the country are improving Iraq Gradually with the recovery of international oil markets, this recovery is also fraught with major risks posed by structural constraints, including public investment management constraints that have affected the delivery of public services, slow repayment of overdue debt especially those related to public wages and the burden of state-owned banks andCentral Bank of IraqSovereign debt players, in addition to the fragility of the political situation, weak health care system, and endemic corruption that continue to foment unrest across the country.” He

stressed, “The White Paper is a comprehensive framework to address oil dependence and structural problems, and represents a medium-term strategic framework for decisions comprehensive economic reform.

He pointed out, "The recent developments, brought about a gradual recovery of the economy from its double shock in 2020, represented by (the drop in oil prices and the outbreak of the Corona pandemic), as the statistics indicate the gross domestic product by 0.9% for the first half of 2021, and the growth of the non-oil economy by More than 21% in the first half of 2021, and this is due to the strong performance in the service sectors after easing measures to prevent the emerging corona virus, after the spread of the vaccination campaign and the decrease in infections.

He added, "This recovery reduced the lag in the oil sector, by 10% in the first half of 2021, as it adjusted Iraq Its share in OPEC early in the year, and since then, OPEC has gradually increased the production share of member states, which was reflected in an increase in GDP. The general and core inflation rate in Iraq In the period from January to July 2021, reaching 5.2% and 6.3%, respectively, due to the increase in domestic demand and the insufficient supply of commodities to fully meet the increasing demand, in addition to the positive impact of inflation due to the decline in import prices in some exporting countries facing a deterioration in the value of their local currencies.

Regarding the future outlook, the report stated, “The prospects for the Iraqi economy have improved with the recovery in global oil markets, but the spread of the new Corona virus variables and the challenges of climate change constitute new risk factors,” noting that “it is expected that the economy will gradually recover against the background of high oil prices and an increase in oil prices.” OPEC production quotas that are scheduled to be phased out in 2022.

He added, "The oil GDP will be the main driver of growth in the medium term. It is expected that the non-oil GDP will improve, but it will remain with an average growth of less than 3% between the years 2021-2023 due to the mutated generations of the Corona pandemic, in addition to the challenges it faces." The Iraqi economy, foremost of which is the lack of water and electric power, which affects agriculture and industry.

He concluded, "The indicators of the poverty line rose, which is linked to a direct relationship with the rise of the Corona pandemic, in addition to some social disturbances facing Iraq For years, appropriate planning is required to achieve effective social goals.