Iraq sets the date for full production of renewable energy

Iraq sets the date for full production of renewable energy 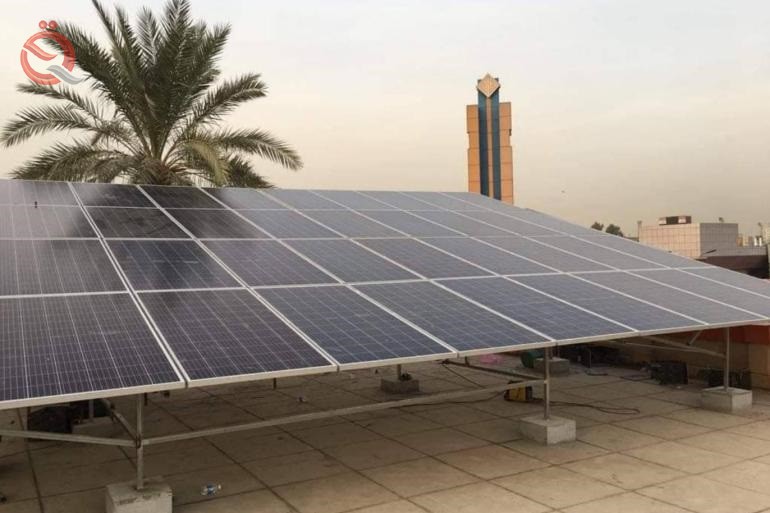 On Tuesday, the Iraqi Authority for Radioactive Sources set the date for full production of renewable energy, while revealing the date for the completion of the contract with Total for the construction of an electric station in Basra.

The head of the authority, Kamal Hussein Latif, said in an interview with the Iraqi News Agency, and followed by "Al-Iqtisad News", that "Iraq has three contracts regarding renewable energy, and the contract with Total is the most mature among them, which achieves a capacity of one thousand megawatts," noting that "the contract with Total It is supposed to be implemented in Basra governorate, as the plant implemented to generate electricity through solar energy will be connected with the national grid and be for the whole country and part of its energy to the governorates of Basra and Maysan.

He added, "The time period for completing the station will be two years, as it has been started from now."

On the Gulf connection, Latif stressed that "Iraq needs an increase of 50% of its energy production, which is more than 19 kilowatts, and during the next two years it will need 12 kilowatts to reach a production of 30 kilowatts, and this may not be achieved by the Gulf connection or solar energy," pointing out that "Solar energy supplies energy in the morning peak hours and in the evening there will remain an urgent need for steam or gas power stations."

He added, "Iraq will achieve the full demand for renewable energy, according to expectations in 2030," noting that "we need to add 2 kilowatts annually to the national grid as a natural growth rate of about 15% of annual production."

Earlier, the Ministry of Oil revealed the most prominent projects of the French company Total in Iraq.

The ministry's spokesman, Assem Jihad, said that "one of the important projects that Total will implement will be the investment to generate 1,000 megawatts of solar energy in southern Iraq," noting that "there is a signature with the help of the ministries of oil and electricity to reach a huge investment project with one of the international companies specialized in investment. Renewable energy, which will initially be around 2,000 megawatts, up to and within the Ministry of Oil’s plan to invest 10,000 megawatts.”

Jihad added that "these projects are big and need some time to put things right," stressing that "there is seriousness on the part of the government and the ministries of oil and electricity to work hard to achieve this goal."

Similar topics
» In conjunction with the draft law on the production of electricity from renewable sources of energy planning, a specialized symposium will be held in ...
» Iraq seals an agreement on renewable energy with a UAE company
» Iraq reveals detailed plan for transition to renewable energy
» Egypt and Iraq discuss cooperation in the field of renewable energy
» Schneider: renewable resources is the solution for Iraq's energy problem