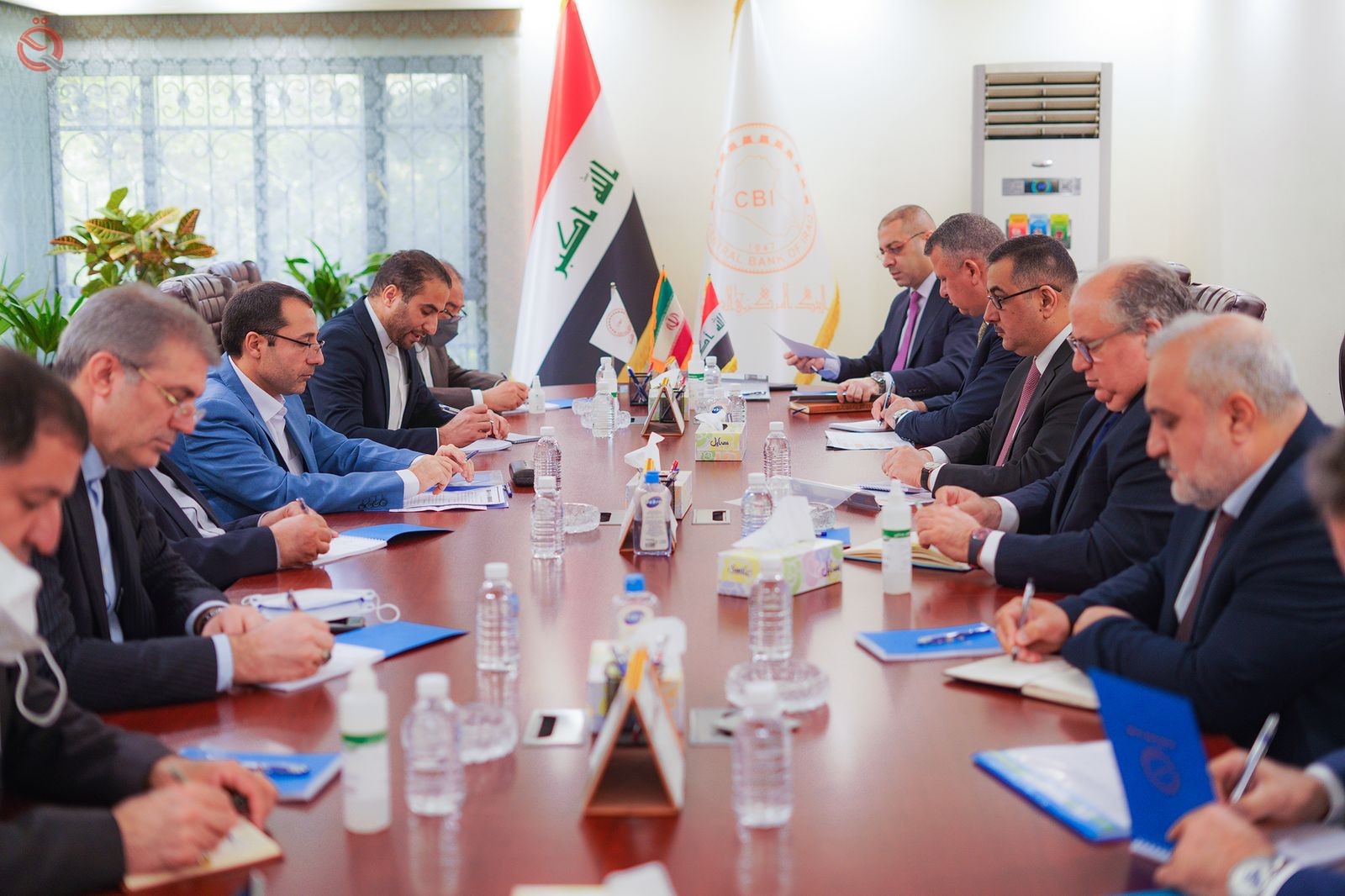 The Governor of the Central Bank of Iraq, Mustafa Ghaleb, met on Wednesday with his Iranian counterpart Ali Saleh Abadi in Baghdad.

In a statement received by Al-Iqtisad News, the Central Bank said that the governor, Mustafa Ghaleb, received his "Iranian counterpart, Ali Saleh Abadi, on a visit to Iraq, accompanied by a banking and economic delegation."

He added, "The meeting, which was attended from the Iraqi side by the Director General of the Trade Bank of Iraq, dealt with ways of cooperation in the banking sector between the two parties and the possibility of processing the financial dues of the Iranian side in accordance with the specific contexts of the agreement."