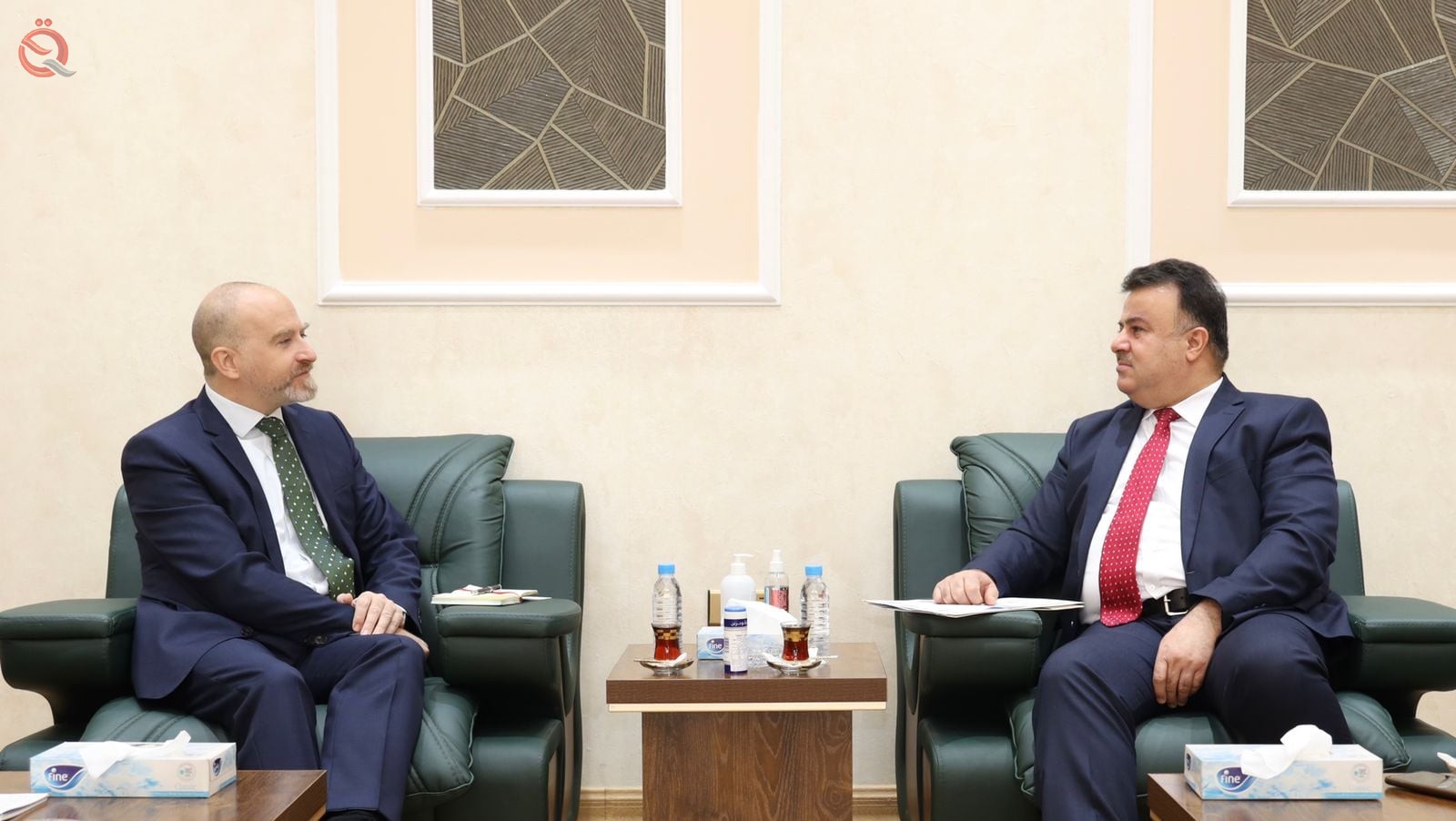 Deputy Secretary-General of the Council of Ministers, Farhad Nematullah Hussein, called on Tuesday, Denmark, to invest in Iraq.

He added, "The two sides discussed ways to advance bilateral relations between the two countries, enhance cooperation opportunities in various fields to serve the common interests of the two friendly peoples, and open horizons for exchanging experiences between the two countries' institutions in the scientific, commercial and health sectors, as well as training and capacity building."

According to the statement, the Deputy Secretary-General stressed that "the reopening of the Danish embassy in Iraq is an important step in building bridges of communication between the governments of the two countries, and facilitating cooperation mechanisms," praising "the supportive efforts provided by the Kingdom to Iraq in confronting ISIS and the efforts of Danish organizations to assist the displaced."

The Deputy Secretary-General indicated that "the security stability witnessed in most of Iraq's governorates is a major factor in encouraging discreet Danish companies to invest in Iraq," calling on the Danish embassy to coordinate with the Iraqi Economic Council and the Federation of Businessmen, to see the investment opportunities that attract the interest of Danish investors, And the possibility of working to revitalize the tourism aspect, especially after the Pope’s visit to the ancient city of Ur, which represents an important symbol for Christians in the world.”

The statement concluded, "For his part, Paolo praised the bilateral cooperation between the governments of the two countries," stressing "the continuation of his country's government to support Iraq and its economic and political endeavors, in addition to consolidating economic relations by urging his country's companies to invest in Iraq in various fields, while expressing his hope that Iraq to become among the developed countries.