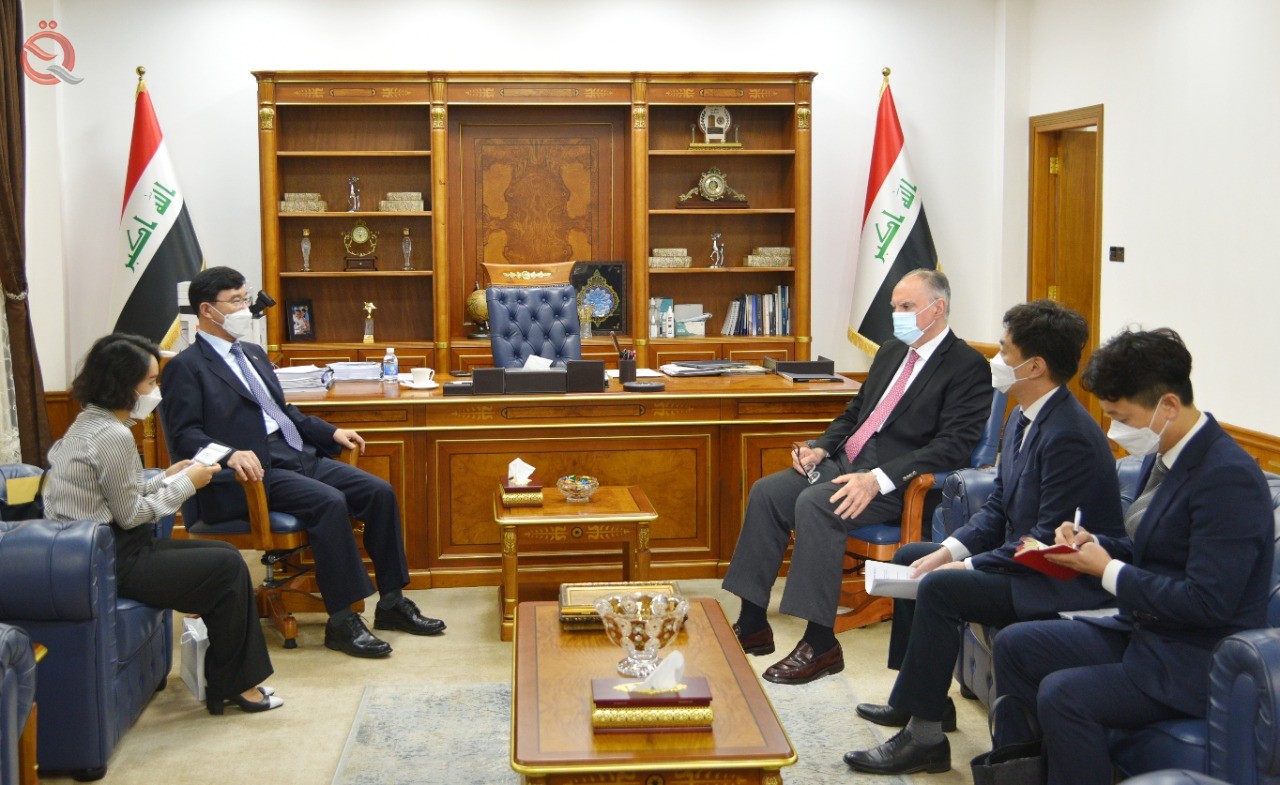 And the Ministry of Finance stated in a statement received by "Al-Iqtisad News", that "during the meeting, aspects of joint cooperation between the two countries were reviewed, and they emphasized strengthening the partnership aspect in the economic and commercial fields and opening new horizons for partnership between the two friendly peoples."

Allawi reviewed the “fundamental reforms achieved by the Ministry of Finance and raising the indicators of commercial activity in light of the current economic challenges and the Corona pandemic crisis.”

Allawi also explained that "the Iraqi government adopts a set of programs and plans that have an impact on stimulating the economic situation and enhancing development opportunities."

For his part, the Korean ambassador praised the "rising performance of the Iraqi economy," expressing "the country's government's tendency to raise levels of cooperation with Iraq, and the desire of sober Korean companies to expand their activities and partnership with Iraq in various fields, especially those related to investment and infrastructure aspects."