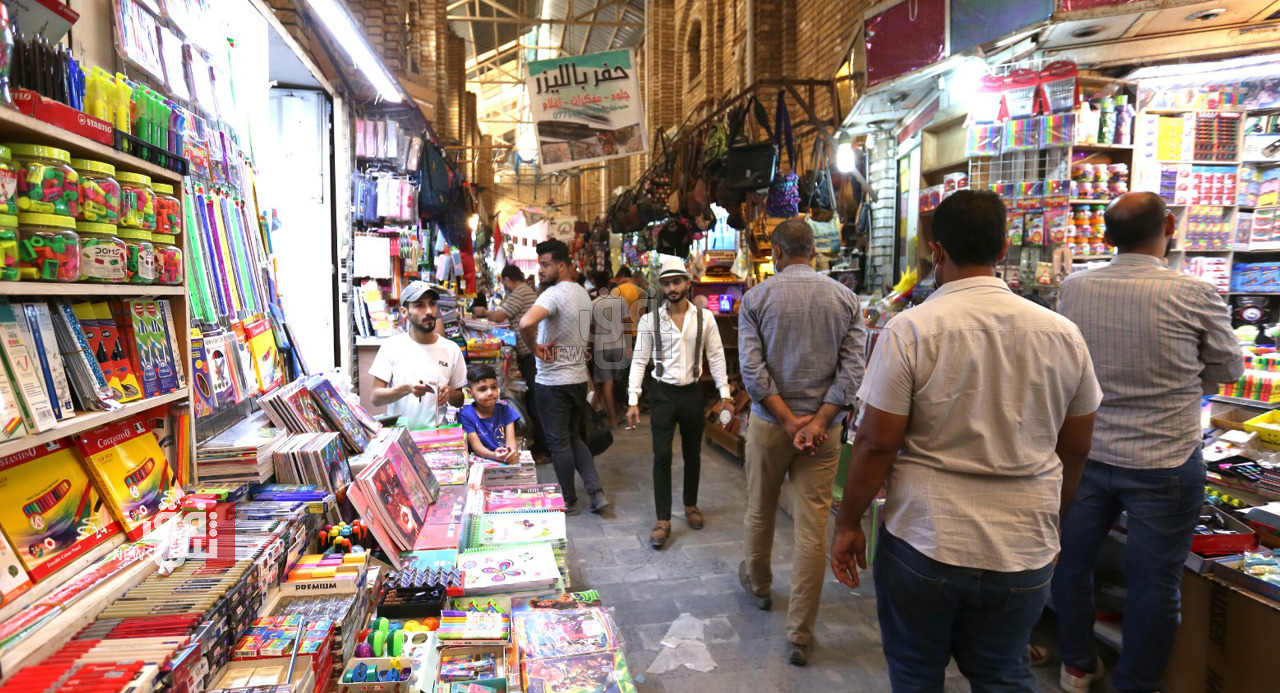 Shafaq News / Doubling in less than two years, the stationery prices have stirred confusion and shock among the Iraqi parents whose children have returned to schools after spending the entire lockdown era studying online without using them.

Al-Saray Market, a wholesale market located near al-Rashid Street at the end of al-Mutanabbi road downtown the Iraqi capital, has become known for stationery and textbook commerce.

Suleiman Hikmat, a father of three at various school stages, told Shafaq News agency that he was surprised by the rise of stationery prices this year compared to previous years, "the cost of stationery is no less than 150,000 dinars, up from 100,000.”

He was forced to buy cheaper stationery, despite the inferior quality, because of higher prices. He also had to buy less quantity that might not be sufficient for the rest of the year.

“Everything is expensive,” Um Ahmed told Shafaq News agency after buying school supplies and stationery for her children, "the high prices of stationery put a financial pressure on the families and drain their pockets; not to mention the clothes and uniforms that we must also purchase."

Economist Dhurgham Mohammed said that stationery products are entirely imported by fresh dollar, whose rates are also rising, prompting the prices of these items to rise automatically. "The beginning of the school year ignites a shopping spree in which demand for supply increases, reducing competition opportunities and boosting monopoly, similar to higher food prices before Ramadan and higher clothing prices before Eid."

"These prices will become lower after one or two months with the demand dip," he continued.

"This year has seen a marked rise in stationery prices in general. This rise has nothing to do with the trader at all," the owner of al-Hikma store, a wholesale stationery store in al-Saray market, told Shafaq News agency.

"The price of stationery, such as notebooks, pens, and crayons, varies accordingly with the types and the country of origin," he elaborated, "Indonesian notebooks, for example, are more expensive than others, such as those of Chinese origin."

"Iraqi books are also expensive because they are manufactured abroad, and the 'made in Iraq' is only stamped on it," he added.

"Prices have risen, but not as much as is rumored. The wholesale price of Indonesian copybooks is 8,000 dinars per dozen, up from 5,000 dinars two years ago, and the Chinese copybook is currently priced at 7,000 dinars,” the owner of the al-Hikma store clarified.

Similar topics
» Baghdad supports oil prices provided producers Tehran agreement and inviting them to a meeting to discuss low prices tomorrow
» Baghdad security: rockets that fell on the green fired from empty areas in the session
» Ramadan difficult for the Iraqis .. prices are rising and livelihood scarce
» Year of belt - tightening ahead for Iraqis as oil prices drop by nearly 50 percent
» Specialist OPEC’s comments hint at the role of Iraqis in lower oil prices