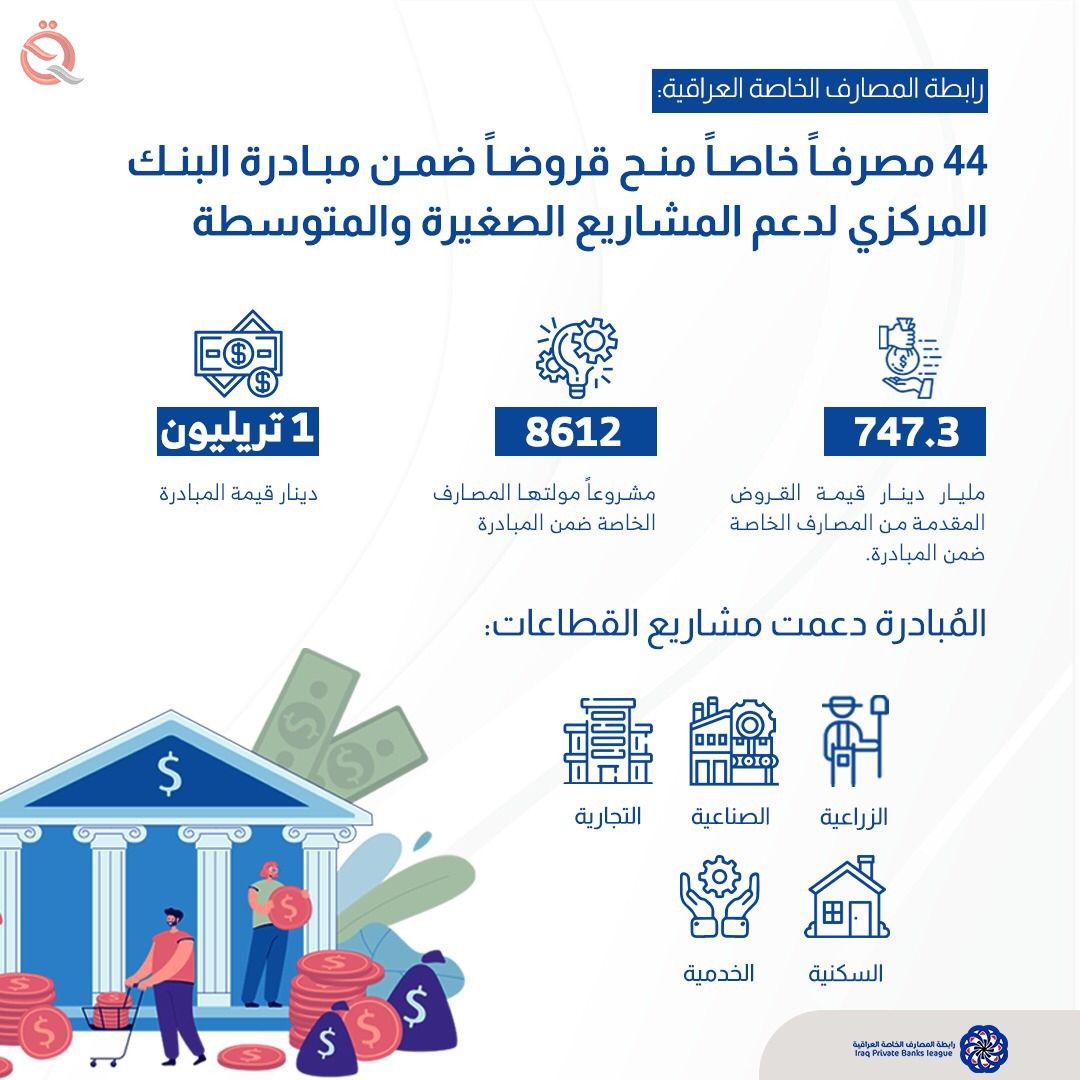 The Iraqi Private Banks Association announced, on Monday, that the percentage of private banks' implementation of the Central Bank's initiative to support small and medium enterprises has reached about 75%.

The Executive Director of the Association, Ali Tariq, said in a statement received by "Al-Iqtisad News", that "the Central Bank of Iraq launched a lending initiative worth one trillion dinars to support the economy and projects of various kinds, noting that 44 private banks are participating in the initiative."

He added that "banks loaned 8,612 projects worth 747.3 billion dinars and contributed to creating thousands of direct and indirect job opportunities, in addition to lending them to hundreds of citizens to buy housing units."

Tariq noted that "the Central Bank's one trillion initiative supported various industrial, agricultural, commercial, residential and other sectors, and led to contributing to improving the situation of the local industry and obtaining a market share in light of the sweeping of imported products."

And he indicated that "women have obtained a good percentage of loans in light of the general trend of the Central Bank, to empower Iraqi women and motivate them to integrate into the labor market and establish private businesses."

The Executive Director concluded by saying, "The monetary policy represented by the Central Bank has supported small and medium businesses, because they constitute about 90% of the total companies in most economies of the world and provide the largest percentage of job opportunities, and that the doors of banks are still open for those wishing to obtain loans to support their economic projects, which It starts from one million dinars to more than one billion, with very easy interest.”