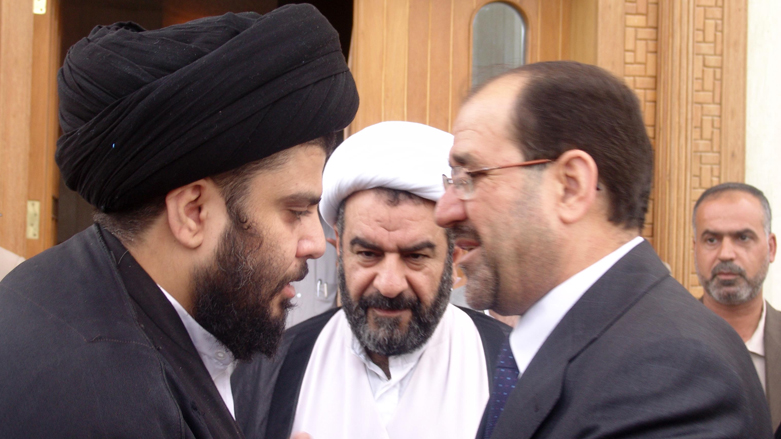 Shafaq News/ The leader of the Sadrist movement, Muqtada al-Sadr, sent "advice" to the Secretary-General of the Dawa Party, Nuri al-Maliki, to return "affection" between the two sides.

Al-Sadr said in a message conveyed by his minister, Saleh Muhammad al-Iraqi, "dear brothers in the Dawa Party, reveal those who belong to you and whose hands are stained with corruption and blood in Mosul and other Governorates."

He added, "a fault is not shameful…a fault is insisting on it…I am not here accusing, but rather giving advice: admitting the mistake is a virtue."

The Sadrist leader continued, "Yes, I heard today (Al-Maliki)'s statement regarding the current electoral process, and I was surprised by his words, as they are incomplete. However, he should heed to what was lost…by reconsidering what happened and working to hold himself and then those with him responsibility... this requires courage before it is too late."

"If he(Al-Maliki) finds himself innocent, then his innocence must appear publicly… and the beautiful splendor of his party must be restored, and all this is to restore the prestige of Iraq as well as to preserve Islam in our beloved Iraq."