Guru Pimpy Failed On The Picture Of The New LD Note!

Guru Pimpy Failed On The Picture Of The New LD Note!

It's not hard to prove these Gurus lie and mislead folks. See the reference post here: 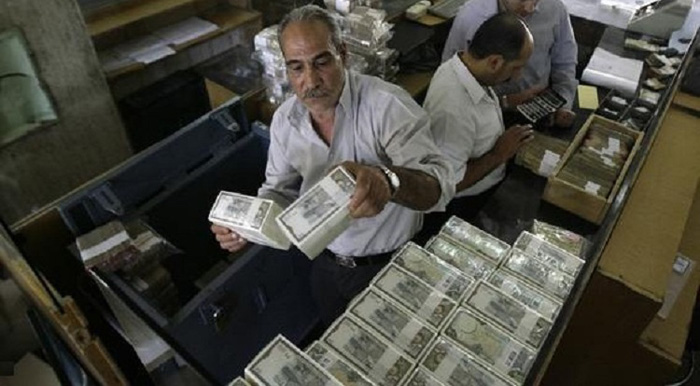 The same applies to companies and institutions. When these institutions sense the occurrence of inflation, they will set prices according to this expectation. Therefore, decision makers must be careful in the way they respond to expectations related to inflation, otherwise they will practically make it difficult for society to fight inflation.

The existence of a credible central bank makes the country enjoy a low level of inflation without high unemployment, and political scientists and economists believe that a central bank that enjoys real independence from the government becomes less vulnerable to political influences, and historical experiences indicate that Germany and Switzerland, which enjoyed a high level of independence, have achieved Low levels of inflation during the eighties, and credible banks can reduce inflation in a safe way, which we can see in Britain in the late nineties.

If the central bank is credible, it will prevent raising wages by not expanding the money supply (the new money issue), and as a witness to this is what many economists believe that the credibility of the Federal Reserve in the time of Alan Krenspan was a catalyst in reducing inflation during the nineties.

In 1997, Gordon Brown, the English Chancellor of the Exchequer, announced that there would be significant changes in monetary policy. Achieving these goals without any direct interference from politicians.

We have already shown that expectations clearly affect inflation, and an error in estimating inflation leads to many repercussions, and there are two groups of theories that try to explain how the masses build their expectations about inflation. Some economists and psychologists, such as Nobel Prize winner Herbert Simon, believe that the masses Simple rules of thumb are used to predict the level of inflation in the future.

One of the rules of ambiguity may be that the inflation of the current year is the same as that of the next year. According to this point of view, it is not wise to expect the public to make complicated calculations, especially in light of the economic complexities and the difficulty of predicting them. As for the second group, a group of economists in the 1970s, led by the Nobel Prize-winning economist Lucas and a member of the University of Chicago, developed an alternative view called rational expectations theory.

The idea of ​​the theory is describing workers and institutions as more experienced, and that they build their expectations on the basis of the information available to them. rational and correct.

The question remains about which of the two theories provide the correct answer, and the answer is that the truth lies somewhere between the two theories. On the one hand, large organizations such as Microsoft can benefit from the available data, but on the other hand, there is a large amount of inadequacy and irrationality that controls the decision-making of the masses. The audience is sometimes sane about the small details but misses the point in seeing the whole picture.

The other issue is related to the timing of inflation expectations. In fact, workers and institutions can be described as rational, yet they keep making mistakes when predicting inflation due to the long time frame of the forecast period.