Planning reveals the size of cumulative inflation in Iraq: natural and not unbridled

Planning reveals the size of cumulative inflation in Iraq: natural and not unbridled 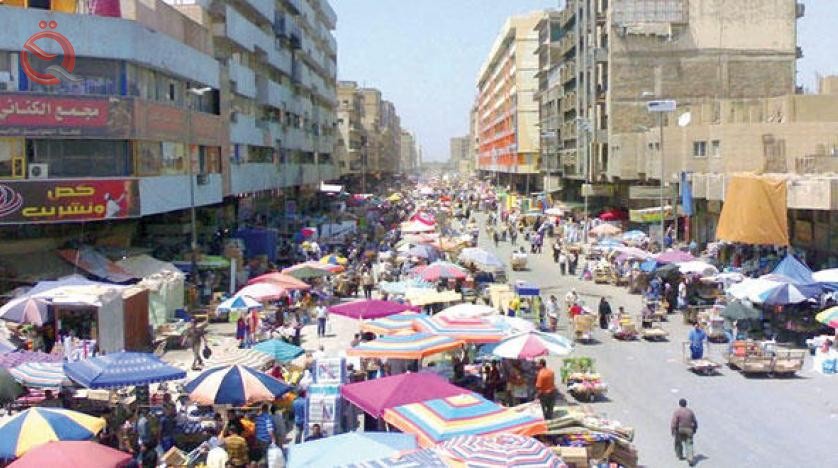 The Ministry of Planning revealed, on Wednesday, the size of the cumulative inflation in Iraq and its causes, considering that it is normal and not unbridled.

The official spokesman for the ministry, Abdul-Zahra Al-Hindawi, said in a press interview, "The inflation index rose in Iraq after changing the exchange rate of the dinar against the dollar last November, by 4 percent on a monthly basis."

Al-Hindawi added that "inflation indicators continued to rise after that, but the rise was small and did not exceed 1%, bringing the cumulative rate for the month of August to 8% compared to the same month last year."

Al-Hindawi stressed that "the rise in inflation in Iraq according to these data is natural and not unbridled," adding that "inflation in all economies of the world is currently on the rise."

He pointed out that "the rise in inflation stems from the decline in local currency prices, the volume of investments and the development data in the country. A country that has large investments has high inflation indicators because it has a movement of development and investment."

He added that "inflation is sometimes unruly and is a danger to the economy and leads to recession and economic deterioration if the currency is deteriorating, as happened in Lebanon recently."

It is noteworthy that the inflation index in Iraq rose significantly at the end of last year as a result of the devaluation of the Iraqi currency against the dollar, which led to a rise in the prices of goods and services.

Similar topics
» Russia reveals the size of its investments in Iraq
» Deputy reveals the size of the financial budgets disbursed by Iraq since 2003
» Follow-up cell: The government may resort to borrowing and printing currency to provide salaries
» IN NUMBERS .. THE WORLD BANK REVEALS TO THE "NEWS CENTER" THE SIZE OF ITS PORTFOLIO IN IRAQ AND THE DEBTS OWED BY THE LATTER
» Planning: Iraq's annual inflation rate increased by 0.4%