Oil Minister: We seek to reach 7.5 gigawatts of solar energy contracts before 2023

Oil Minister: We seek to reach 7.5 gigawatts of solar energy contracts before 2023 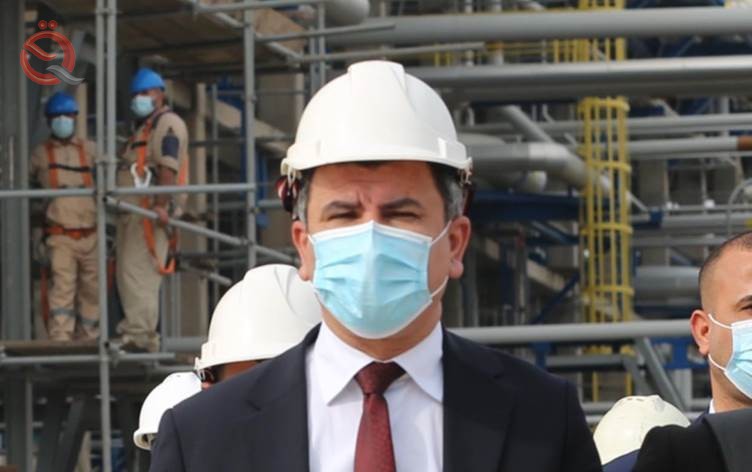 Oil Minister, Ihsan Abdul-Jabbar, confirmed that oil reaching a price of $100 a barrel will not be sustainable, pointing out that OPEC aims to stabilize the market.

In a television interview, with "Sky News Arabia" followed by "Economy News", Abdul-Jabbar said that he is "working on a program aimed at increasing the country's production capacity to 8 million barrels per day," describing it as a "balanced capacity."

The minister added that "Iraq aspires to achieve the goal of increasing gas production to 4 billion cubic feet before 2025."

"We aspire in OPEC to obtain stable prices that take into account the interests of producers and consumers, and we tend to maintain prices at current levels," Abdul-Jabbar said.

He stressed that "increasing production by more than 400,000 barrels per day is an option proposed at the OPEC Plus meeting."

Regarding gas, Abdul-Jabbar said, "Iraq may achieve the goals of reaching gas production capabilities to 4 billion cubic feet before 2025."

He said, "We are in discussion with an international company to accelerate investments in the Western Desert, and we expect this investment to be the second most important investment after the contract signed with Total. This investment will include the production of at least one billion cubic feet of gas."

He also stressed that "the Iraqi government insists on bringing solar energy contracts in Iraq to 7.5 gigawatts before 2023, which is in line with the decision of the Ministerial Council for Energy."

Similar topics
» OPEC Secretary General arrives in Baghdad
» Adviser to the Prime Minister praises the initiative of the central loans for solar energy
» International Energy: Electricity consumption is increasing in Iraq .. and solar energy will not contribute significantly
» Iraq targets energy self-sufficiency before 2023
» The Kurdistan Region of Iraq to develop Vision 2030 supported by UNDP