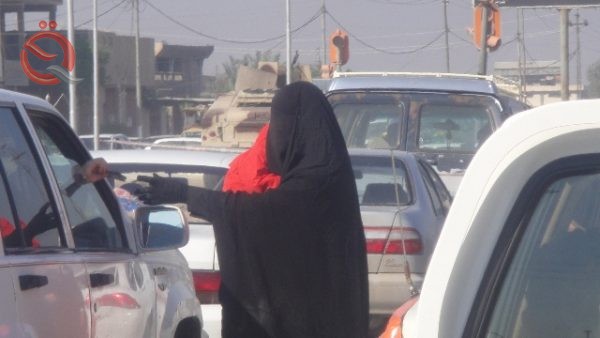 On Monday, an informed source reported the death of a beggar with a bank balance of 400 million dinars.

The source, who preferred not to be named, said in an interview with "Al-Iqtisad News", that "the beggar was moving between the densely populated areas of the capital and its markets crowded with shoppers."

He added that "she has been married to an Egyptian citizen since the eighties of the last century and had 8 children from him," noting that "her husband's share of the wealth amounted to 100 million dinars, according to the legal qassam."

The source added, "The beggar was claiming that her son, who resides abroad, is the source of her wealth, as he sends her money from time to time."

He stressed that "the bank handed over the balance of the beggar to the legal heirs after they proved it with official papers, and one son received 28 million dinars, while one girl received 14 million dinars."

He pointed out that "most banks in Iraq include in their records very large bank accounts belonging to beggars, which is normal because banks work with everyone equally."

There are no accurate statistics about the number of beggars in Iraq, except for statistics published by some civil society organizations, which cannot be officially adopted.

The phenomenon of beggary is prevalent among both groups of women and children in Iraq, which prompted the government to prepare a draft general law for "child protection", in cooperation with the Commission for Human Rights and UNICEF, and referred it to Parliament for discussion and legislation before its implementation, as the government pledged that the law would be the final solution to this phenomenon.

Similar topics
» Hawija and Sharqat .. between death and hunger and a bag of flour of one million dinars center "ignore" a government for violations (Daesh)
» Loans of 100 million dinars for university owners and 75 million for schools to expand their businesses
» The Iraqi Stock Exchange traded more than 484 million shares worth more than 490 million dinars
» THE ARAB MONETARY FUND PROVIDES A NEW AUTOMATIC LOAN TO THE HASHEMITE KINGDOM OF JORDAN IN THE AMOUNT OF 10 MILLION ARAB ACCOUNT DINARS, EQUIVALENT TO ABOUT 41 MILLION US DOLLARS, TO MEET THE CURRENT CHALLENGES
» Half a million civilians in Mosul are facing the risk of death