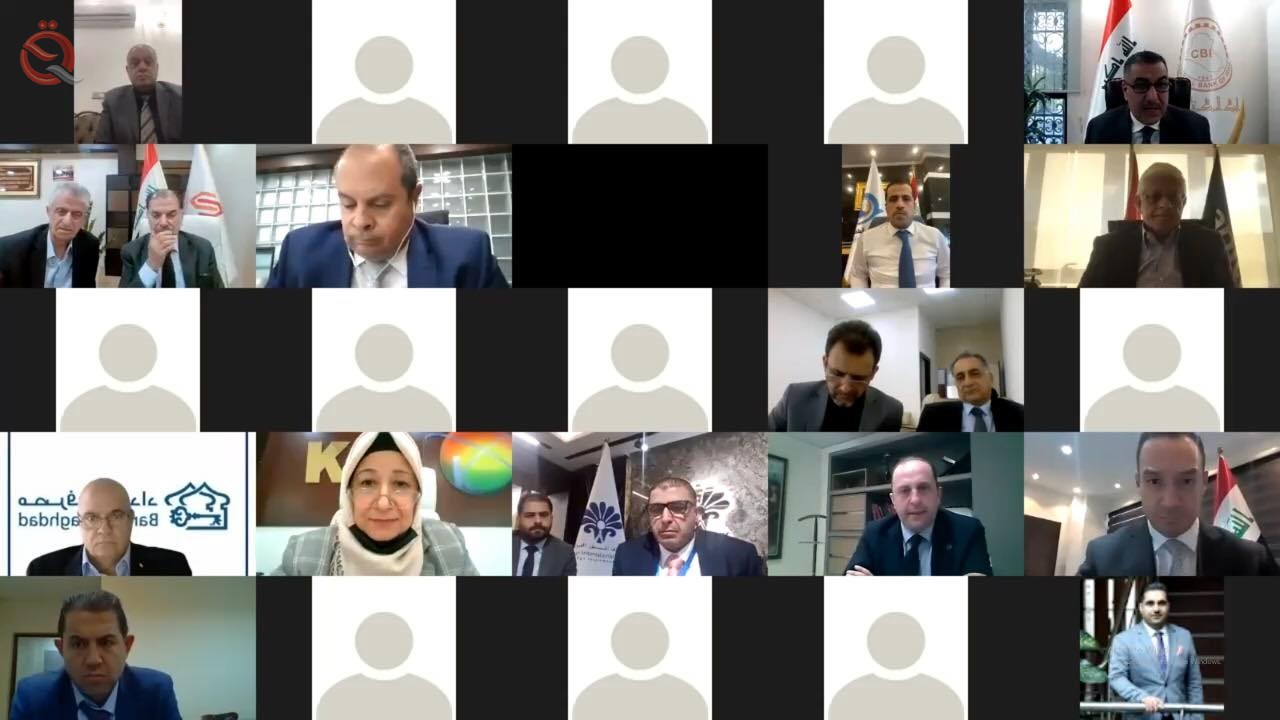 The Association of Iraqi Private Banks organized a meeting between the Governor of the Central Bank of Iraq, Mustafa Ghaleb Mukhif, and the heads of the boards of directors of banks and authorized managers, to discuss developments in the banking sector.

At the beginning of the session, the head of the Iraqi Private Banks Association, Wadih Al-Handal, welcomed the governor of the Central Bank, Mustafa Ghaleb, and the attendees were heads of bank boards and authorized managers.

On the other hand, the Governor of the Central Bank, Mustafa Ghaleb, praised the efforts made by the Association of Private Banks in developing the banking sector and spreading banking services in all places.

The Governor of the Central Bank praised the first merger that took place in the banking sector between QIIB and the First Capital, calling on banks to educate about their services in commercial places, universities and others.

Al-Handal noted that the Central Bank of Iraq is working hard to provide an appropriate environment for banks, in order to increase their branches, services and reach all citizens, with the aim of increasing the percentage of financial inclusion.