Hamid Al-Ghazi: The government has begun preparing the 2022 budget

Hamid Al-Ghazi: The government has begun preparing the 2022 budget 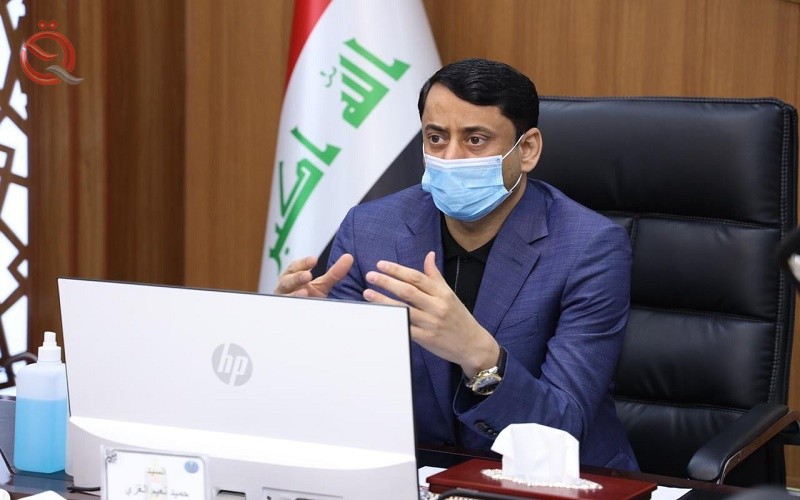 Secretary-General of the Council of Ministers Hamid Al-Ghazi. "Internet"

The Secretary-General of the Council of Ministers, Hamid Al-Ghazi, said that the government has already begun preparing the general budget for 2022, while announcing the transfer of state ministries to the degrees of deletion and innovation to the Federal Service Council.

Al-Ghazi added, "The early approval of the state budget is of great importance, which is reflected in the general economic performance of the state, the operation of institutions and the completion of projects," according to "Conscious".

He added, "The government has already started preparing the general budget for 2022, but it has not yet completed its preparation in full, and we still have enough time to complete it, and it has not been clearly defined if the budget includes internal or external loans."

Regarding facing the housing crisis, the Secretary-General of the Council of Ministers indicated that it "represents one of the government's priorities, and the government has already launched a national plan for distributing land among the eligible, giving them loans to build houses, and following advanced digital registration mechanisms to implement the project, and the National Investment Commission took the initiative to sell 20 A thousand housing units in the Basmaya residential project at subsidized prices.

Regarding the Chinese agreement, Al-Ghazi pointed out that "a working group was formed from the Secretary-General of the Council of Ministers, the Director of the Prime Minister's Office and the Prime Minister's Advisers, Muhammad Al-Hakim, Mazhar Muhammad Salih, Salem Al-Chalabi, the Deputy Minister of Planning, the Central Bank, and the Legal Director in the General Secretariat of the Council of Ministers, and the result was The work of the team is to activate the agreement and its entry into force.

Regarding the file of contracting employees, Al-Ghazi stressed the government’s endeavor to provide financial allocations to install them, but the House of Representatives amended the budget submitted by the government, which reduced these allocations, which were limited to medical and health professionals, the first and certificate holders, indicating that “the government provided An appeal to the Federal Court in some paragraphs of the budget law, pending the issuance of the decision.

Similar topics
» The government is preparing for the 2022 mid-year budget
» Secretary-General of the Council of Ministers Hamid al-Ghazi confirmed the Government's commitment to the 2020 census as scheduled, as one of the most important priorities of the government program.
» Finance holds a meeting on preparing the budget strategy for the years 2022-2024
» The Minister of Finance chairs the session of the committee for preparing the budget strategy for the years 2022-2024
» Before approving the 2021 budget ... the government begins preparing another budget