Planning: a third of the rural population is without clean water, and Anbar is the least of the provinces

Planning: a third of the rural population is without clean water, and Anbar is the least of the provinces 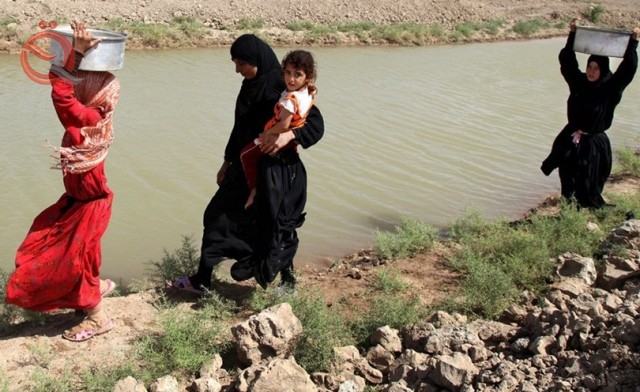 On Tuesday, the Iraqi Ministry of Planning revealed that a third of the rural population suffers from a lack of potable water, indicating that the lowest governorate of Anbar has the lowest rate of that water.

The Central Statistics Agency of the Ministry said in its report for the current year 2021 and seen by "Al-Iqtisad News", that "the percentage of the population served by drinking water networks throughout the country during the year 2020 amounted to 83.4%, of which 91.7% were in urban areas," noting that "more than A third of the rural population is still not served by these networks, as the percentage of those served reached 65.6%.

Some Iraqi governorates, including the capital, Baghdad, suffer from a scarcity of potable water despite the presence of the Tigris and Euphrates rivers, as a result of the lack of water purification projects, where the residents of Mesopotamia depend on buying sterilized commercial water for the purpose of drinking and cooking food.

Similar topics
» Abdul-Mahdi: We aim at the truth and realism through the conduct of the general population census
» During the chairmanship of the first meeting of the Supreme Commission for the census of the population .. Minister of Planning announces the start of preparations for the implementation of the general census of the population in October next year
» America announces its intention to provide clean water to 750,000 people in Basra
» Australia donates US$ 6.1 million to improve access to clean water for children in southern Iraq
» The Minister of Planning, accompanied by the Minister of Water Resources, visits the Haditha district to examine the water installations in the district