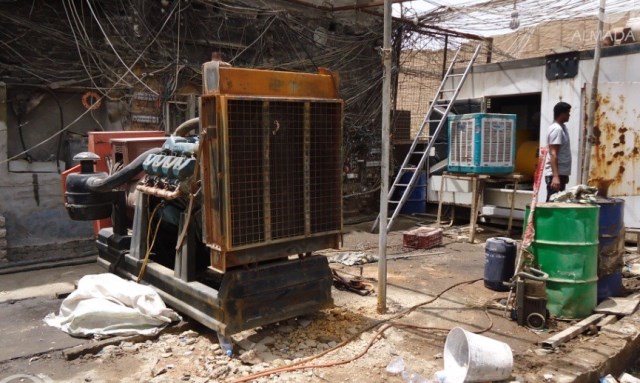 Shafaq News/ The Central Bank and the Ministry of Environment revealed today that Iraqis' houses will soon resort to solar energy.

The Ministry of Environment said in a statement today that the National Committee for the Central Bank’s initiative to set the latest model specifications regarding granting loans for various activities, including setting up solar energy systems, will be complete.

This came during the third meeting held at the headquarters of the Central Organization for Standardization and Quality Control,

Whereas, Ihsan Al-Yasiri, Deputy Governor of the Central Bank, confirmed that he reviewed the latest specifications that ensure that the systems are sustainable and easy to use, pointing out that the loans' interest do not exceed 1%.

Al-Yasiri said that 2022 will witness a huge change in the Iraqi individual's behavior and usage of renewable energy, not only at the level of state institutions, but also at the level of housing complexes with soft loans and all industrial, agricultural, and other activities.

He also indicated that the Central Bank and the concerned banks will be ready to receive loan applications, "inevitably we will witness a great turnout to apply for such loans, especially as it will end the suffering of citizens from spending money on private generators and the pollution they cause."

Director-General of the Environmental Awareness and Information Department at the Ministry of Environment, Amir Ali Al-Hassoun, said that this national effort is part of the government and the Ministry of Environment's plan for climate changes and Iraq’s commitment to the Paris Climate Expenditure, in addition to achieving the goals of sustainable development and the ministry’s approach to raising awareness about the issue among citizens.

"This committee is one of the outputs of the awareness and media effort that targets all government sectors, civil society organizations, unions, private sector institutions, and citizens", he said.