Iraq's population: a "ticking bomb" with patchwork solutions for a rentier state

Iraq's population: a "ticking bomb" with patchwork solutions for a rentier state 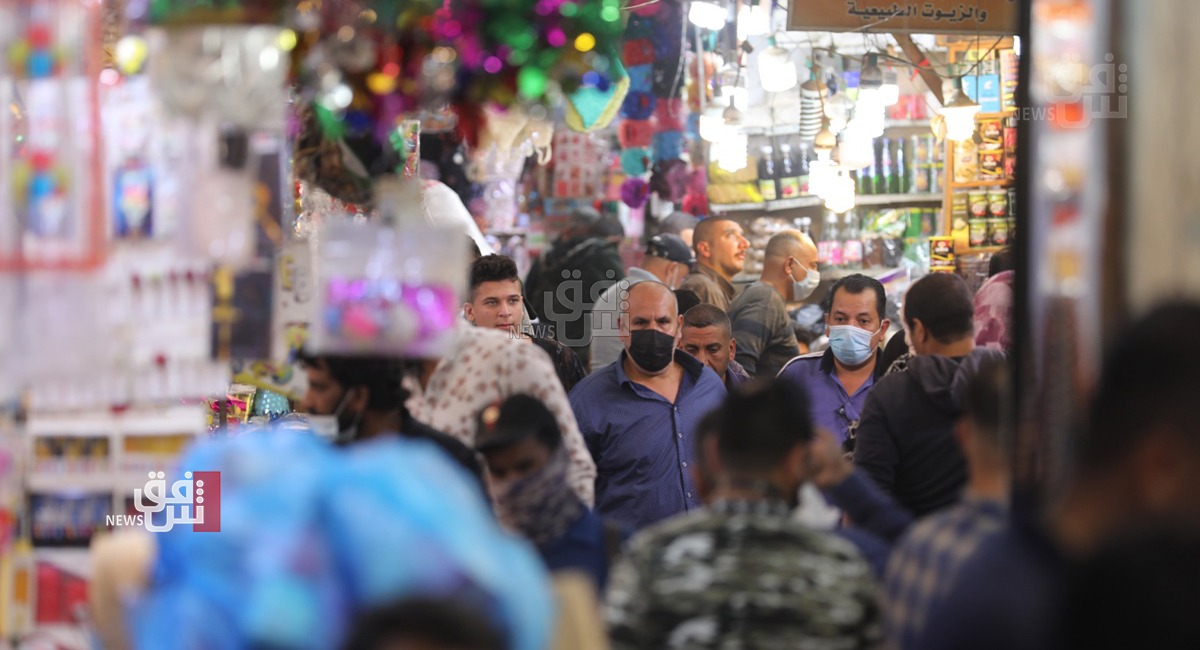 Shafaq News / Iraq's huge and growing population is a "ticking bomb" that jeopardizes the state development plans. Moreover, it raises concerns among economic and social decision-makers who warn of the erosion of high economic growth rates in the already rentier state.

The Iraqi Ministry of Planning anticipates that the population of Iraq will reach 50 million in 2030 and 80 million in 2050, up from 40 million today.

Back in 2020, cash-strapped Iraq struggled to secure funds for disbursing the salaries of public servants on the government's payroll in the aftermath of the global depreciation of oil that provides 92% of the state treasury income.

"Relying on oil as the sole income of the national economy is incorrect," Oil Minister Ihsan Abdul Jabbar told Shafaq News Agency, "We have to resort to everything that boosts the national income."

"The general budget cannot be financed only by oil in future," he elaborated, "the growth rate is 2.5% per annum, which means one million persons a year. Simultaneously, energy consumption increases by 7% annually. These factors, along with other environmental, cultural, and social determinants, lead us to realize that Iraq's dependence on oil sales as a single source is wrong."

"Reducing the population depends on community awareness, developing the private sector, and endorsing sustainable development strategies," Ministry of Planning spokesman Abdul Zahra al-Hindawi told Shafaq News agency, "all of that is broken down in the national document on long-term population policies."

The Ministry's spokesperson shed light upon the vitality of "integrating the population dimension with development plans", indicating that Iraq's population will surpass the threshold of 50 million by 2030.

"The measures of the national document emphasize the need for family planning, which requires spacing births and reducing the number of births per family to provide better health and education and sustain the women's health," al-Hindawi said.

Besides spurring the private sector to invest in housing in Iraq, al-Hindawi said that the government should adopt the policy of building housing complexes, develop the healthcare and education measures, and embrace the economic empowerment of women, indicating that the Ministry of Planning has formulated public policies for other sectors, whether in the field of education, healthcare, or housing.

"Birth control exists in the country. However, it is not prevalent. There is a slight decline in the number of births; In the 1980s, the average number of births per family was six. Now, that number has decreased to two to three children," he continued, "preliminary indices show that the annual growth rate will decline by 2.6%-2.7%."

"There should be awareness in the family first, by reducing births and spacing them to preserve the health of children and women, and then the second factor, which is economy and the lack of resources that the family receives," al-Hindawi confirmed.

"The process of determining the population depends on many vital economic issues, but certainly there is an increase in the population, and this depends on the government's plans," Nada Shaker Jawdat, a member of the parliamentary finance and economic committee, stated, adding, "There is no fear of population growth if there is a serious government, seeking to revive the Iraqi economy, for our economic resources are enormous from oil, sulfur, phosphates, water, and manpower, and therefore, all of this is a catalyst that can be exploited to develop."

"Poor investment, corruption, and lack of planning have led to fears of a future population growth," she said, surprised by "the lack of government action since 2003 until now to revitalize the stalled industry, as well as the agricultural sector, which remains completely neglected, so, the local product wrestles with the imported, and therefore economic activity has remained stalled with corruption and the expulsion of investors."

He stressed, "economic resources must be revitalized, by opting human resources-based development, endorse agricultural land reclamation, and encourage investment and the private sector to absorb the population spurt."

Data by Worldometer, a reference website that provides counters and real-time statistics, showed that Iraq currently accounts for 0.52% of the world's population, the 36th in the world and fourth in the Arab world in terms of population after Egypt, Algeria, and Sudan.

Similar topics
» The Government Faces The Oil Crisis With Patchwork Solutions. "Floating The Dinar" Is The Most Dangerous
» The prime minister is talking about economic problems and not relying on patchwork solutions
» IRAQ AFTER U.S. WITHDRAWAL; TICKING TIME BOMB!!!!!!
» Deputy: The patchwork solutions and waiting for the high oil prices will lead to the collapse of the Iraqi economy
» The Federal Reserve's $4.3 trillion ticking time bomb