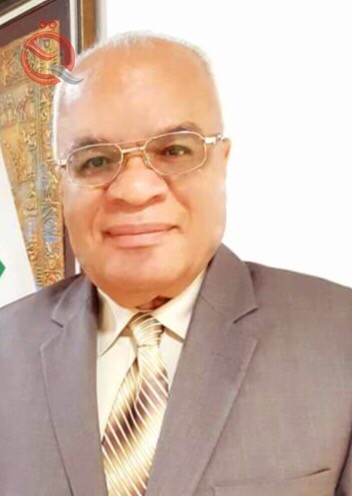 His Excellency the Governor of the Central Bank announced in his speech at the opening of the (Iraq Exhibition for Finance, Financial Inclusion and Development) conference that was held in Baghdad for the period 22 and 23 of this month, “The Central Bank has an important role in achieving macroeconomic balance through various monetary policy tools Especially after the financial and economic challenges that Iraq faced," stressing that the financing initiatives launched by the bank during the current year and the results achieved aimed to stimulate the economy, revitalize the economic cycle and reduce the unemployment rate.Referring to the measures taken by the bank to facilitate the financing of small, medium and housing projects and large development projects, which contributed to raising the percentage of loans granted to more than 150%, adding that the bank launched an initiative amounting to more than 5 trillion dinars in addition to the previous initiative launched in the year 2015, as well as For the Central Bank to deduct treasury transfers to face the country's economic and financial crisis and support the national economy.

Through our follow-up to the bank’s procedures, activities and initiatives for one year since its launch and the issuance of the white paper, and by analyzing the data and evaluating indicators for the bank’s specialized departments and implementing the banking reform program, we have ensured the success of the Central Bank’s economic and lending initiatives and steps, which are a number of reform measures planned and put into effect by the Central Bank during In 2021, which was accompanied by the decision to reduce the exchange rate of the dinar in order to reduce the burdens that citizens with low incomes are expected to suffer and for the purpose of creating a monetary balance in the trading market, which resulted in the stability of the dinar exchange rate during the current month at the target rate of 1470 dinars compared to 100 US dollars.

In addition to facing the repercussions that can occur as a general situation facing countries that reduce the exchange rate of their local currency and investing in positive cases to strengthen the government’s financial position, reduce the budget deficit and overcome the causes of internal and external borrowing, in addition to protecting and supporting the local product, activating the real sector and gradually reducing dependence on oil rents.

Governmental and private banks have contributed to the implementation of the above-mentioned Central Bank initiatives.

The important question is what is the role of banks in implementing the plans of the Central Bank in supporting the national economy? And what do you actually check?

Despite the complex and accumulated suffocating financial crises due to the decline in oil prices, the decline in revenues from it, the spread of the Corona pandemic and the negative effects on the decline in GDP and the low rate of economic growth due to the recession in the global economy and the Iraqi economy during the years 2020 and 2021, but our banks made great efforts and implemented the bank’s instructions The Central Bank continued to provide banking services and products to individuals and companies and to grant loans to finance small, medium, housing and large projects and interacted greatly with the Central Bank’s lending initiatives to stimulate and stimulate the economy.

As 9000 small and medium projects were financed out of the amount allocated only to private banks, the operation of up to 12,000 unemployed people, and an amount of up to 750 billion dinars was disbursed, with an implementation rate of 75% of the one trillion dinars initiative only, while continuing to grant employees and citizens a loan, the recent Central Bank initiative of 15 million dinars without Interest and without a sponsor, in addition to the continuation of specialized government banks to lend industrial, agricultural and housing projects from the previous five trillion initiative and the new five trillion dinars, which constitute an advanced lending rate, especially housing loans, with reference to the role of the central bank and banks in supporting the national economy in crises, so banks during crises The economic faced by the Iraqi economy contributed and implemented precisely the instructions and initiatives of the Central Bank to raise the percentage of financial inclusion and achieved a growth of up to 50% in the new open accounts, and the number of accounts reached (6) million accounts.

It also implemented the strategy of the Central Bank with regard to developing electronic payment systems and moving to the cashless society. The number of ATMs operating in our banks reached (1300) tellers and points of sale with up to (5) thousand points of sale, and the number of activated bank cards reached (12) million cards. The other important aspect that the bank has done, and our banks have played an active role in its implementation, is the commitment to international rules and standards for compliance, anti-money laundering, financial reporting and risk management.