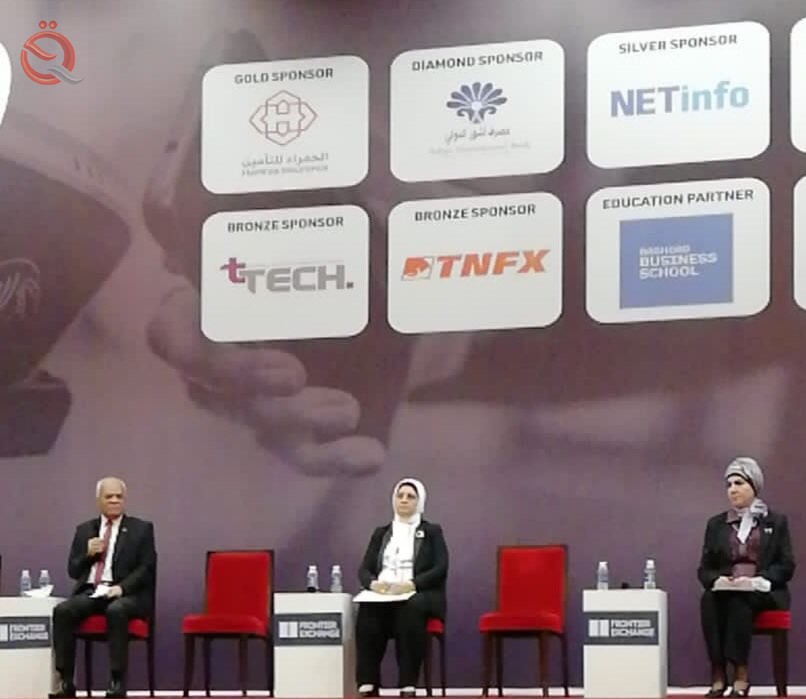 Part of the discussion session

The economic and banking advisor to the Association of Iraqi Private Banks, Samir Al-Nusairi, called during his management of the first session for the second day of the conference of the Iraq Exhibition for Finance, Financial Inclusion and Development, held on September 22 and 23, at Al-Rasheed Hotel, to involve a representative of the private banking sector, which has 72 operating banks, commercial and Islamic banks. In making economic decisions that would contribute to economic and banking reform and in line with the goals and projects mentioned in the white paper.

Al-Nusairi stressed the need to add a representative of the private banking sector in the Supreme Committee for Economic and Financial Reform formed in the Council of Ministers, and reviewed the negative effects caused by external and internal economic challenges and shocks due to the drop in oil prices and the Corona pandemic, and the efforts made by the Central Bank to launch its financing initiatives aimed at stimulating the economy And revitalizing the economic cycle, for which 5 trillion dinars were allocated, in addition to the 6 trillion that were allocated to financing small and medium enterprises in 2016.

The speakers in the session were a representative of the Ministry of Finance (Director General of the Iraqi Fund for Foreign Development) and the Central Bank of the Financial Operations Department. The session discussed how banks can contribute to financing small, medium and large projects. They support the reconstruction of Iraq, risk structuring, and new investment promotion initiatives to promote foreign investment.

Similar topics
» Al-Nusairi sets the methodology for development and support for the private sector in the Economic Reform Committee
»  Samir al-Nusairi: The private sector must be involved in economic decision-making and represented in the Council of Ministers meetings
» With the participation of presidents of unions, trade unions and businessmen .. Minister of Planning chairs the meeting of the Supreme Steering Committee for the development of the private sector
» Stressing the imminent launch of his work .. Minister of Planning: The Board of Directors of the private sector will be represented in the Council of Ministers and the Committee on Economic Affairs
» A road map for solving the financial crisis