Salih at the UN Assembly: to restore the pivotal role of Iraq in the region

Salih at the UN Assembly: to restore the pivotal role of Iraq in the region 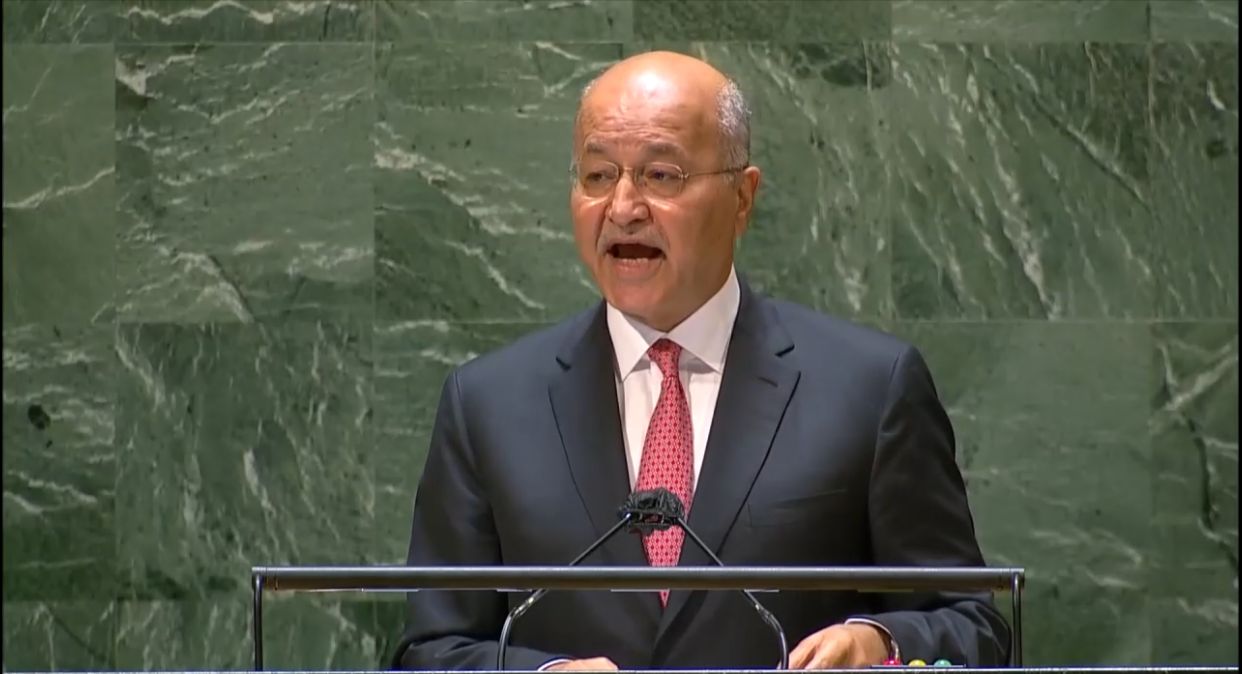 Shafaq News/ The President of Iraq, Barham Salih, affirmed that achieving peace in the region will not occur without a secure and stable Iraq.

In a speech at the United Nations General Assembly, Salih said that Iraq must "restore its pivotal role in the region," noting that this needs "regional and international support and an end to the conflicts of others on its land."

He stressed the need for "a new system among the countries of the region, with the participation of the international community, to respond to the common challenges of terrorism, extremism, and economic conditions, as well as the dangerous repercussions of climate changes."

Concerning Syria, Salih said that the continuation of the Syrian and Yemeni crisis and their terrible humanitarian repercussions have become unacceptable, which urges for work to achieve peace in the region's countries.

On the Iraqi elections, the President said, "The upcoming elections are fateful. We will have repercussions on Iraq and perhaps on the region."

"The elections are a response to a popular movement and national consensus on the need for radical reforms and a new political and social contract that addresses the deficiencies in the system of governance."

He added, "The elections must be a peaceful path to reform through a parliament and a government based on the rule of the people without any manipulation."

Similar topics
» Sheikh Al-Azhar receives an official invitation from Abdul Mahdi to visit Iraq
» During his meeting with the Iranian Foreign Minister .. Fuad Hussein: The Iraqi government plays a pivotal role in resolving the crises afflicting the region, and an active element in achieving calm and stabilization
» Al-Kaabi: Iraq has begun to regain its pivotal position in the region
» Laudrian Le Halbusi: The French government is keen to support Iraq with security and reconstruction files
» Al-Kazemi: Iraq plays an important role in "dissolving tension" in the region