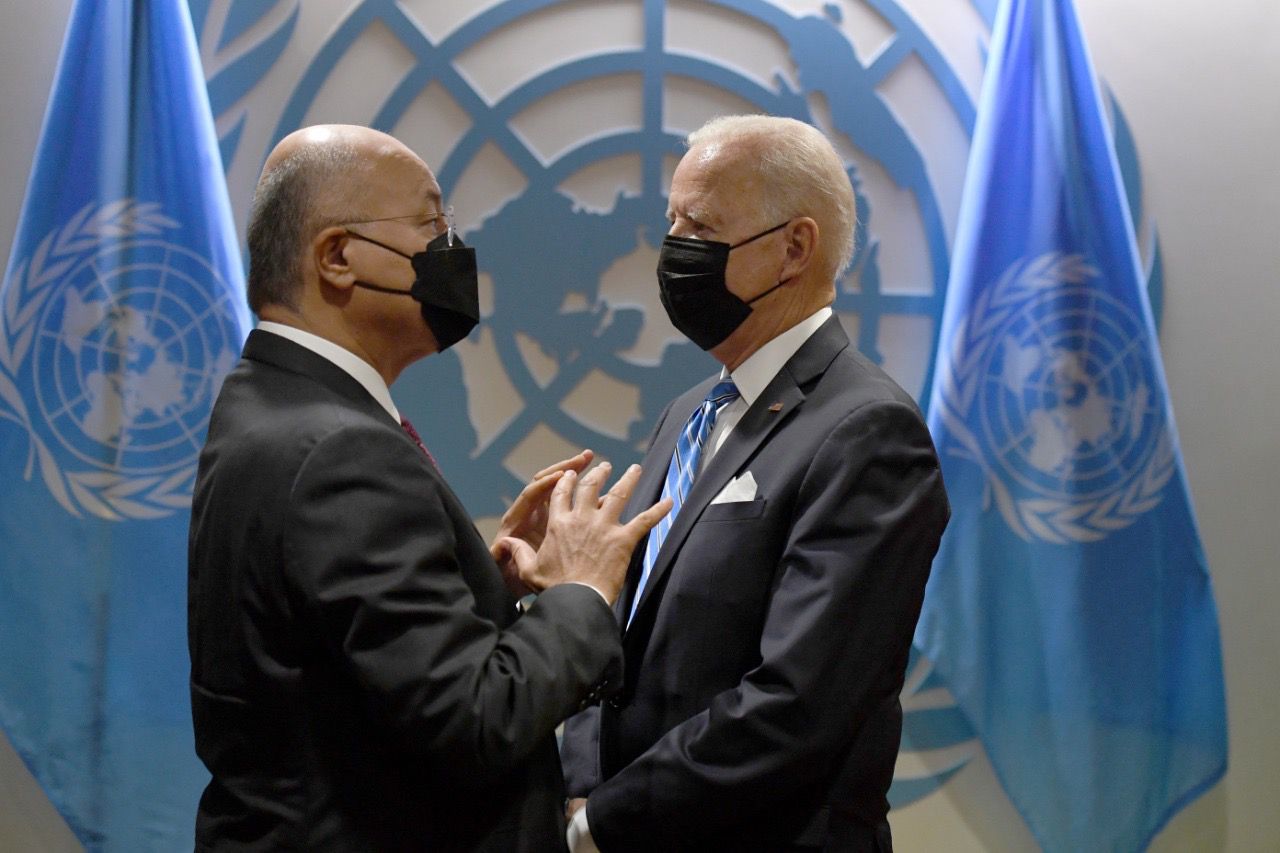 Shafaq News/ The Iraqi President, Barham Salih met, on Tuesday, in New York, with his American counterpart Joe Biden, on the sidelines of the United Nations General Assembly meetings.

The Iraqi presidency said in a statement that during the meeting, both sides discussed bilateral relations between the two countries and ways to strengthen them in various fields within the strategic dialogue and in accordance with common interests.

Salih and Biden confirmed the necessity of supporting holding a fair electionns, and continuing to combat terrorism.

"Iraq looks forward to building close relations with the United States in the political, security, environmental, economic and cultural fields on the basis of common interests, and within the framework of the strategic agreement between the two countries," Salih said.

"Iraq follows a balanced policy that supports the diplomatic solutions to easing tensions, and the pivotal role in establishing security and peace in the region, as well as in confronting environmental challenges." The Iraqi President added

For his part, Biden praised Iraq's progress towards achieving stability and its efforts to ease regional tensions.

The US president affirmed the American support to Iraq's security and sovereignty. In addition to combating terrorism and strengthening its economy, and continuing joint work and coordination within the strategic dialogue in various fields."

Page 1 of 1
Permissions in this forum:
You cannot reply to topics in this forum
Who is online?
In total there are 44 users online :: 1 Registered, 0 Hidden and 43 Guests :: 3 Bots