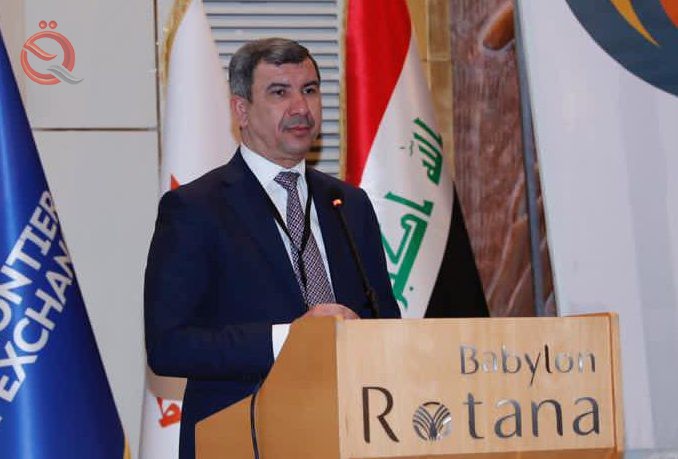 Oil Minister Ihsan Abdul-Jabbar announced on Sunday that the Organization of the Petroleum Exporting Countries and its allies will try to keep crude prices at $70 a barrel in the first quarter of 2022.

Abdul-Jabbar said in a press conference followed by "Al-Iqtisad News", that he expects the group to adhere to the current production agreement when it meets in October if prices remain stable.

And he indicated that "Iraq's total oil exports, including the exports of the Kurdistan Region in the north of the country, are expected to reach an average of 3.4 million barrels per day in September."

Earlier, the “OPEC +” countries agreed to continue to adhere to the terms of the current deal, including increasing oil production in October by 400,000 barrels per day.

The “OPEC +” countries (the alliance of OPEC producers, and independent producers led by Russia) have reduced their production by 9.7 million barrels per day, since May of last year; Due to the reduced demand for oil against the background of the Corona virus pandemic.

With the stability of the situation, and since August 2021, the coalition has increased production by 400,000 barrels per day, in the hope of gradually withdrawing from its commitments to reduce production, by the end of September 2022.

As of August, the size of the OPEC + production cut amounted to about 5.36 million barrels per day.

A baseline was taken for all members, in October 2018; As for Russia and Saudi Arabia, it was decided to be 11 million barrels per day.

However, as of May 2022, it was agreed to raise the base for reducing oil production for: Russia, Saudi Arabia, the United Arab Emirates, Iraq, and Kuwait.

The group decided, during its last meeting, to raise its production baseline from 43.8 to 45.5 million barrels per day as of May 2022.